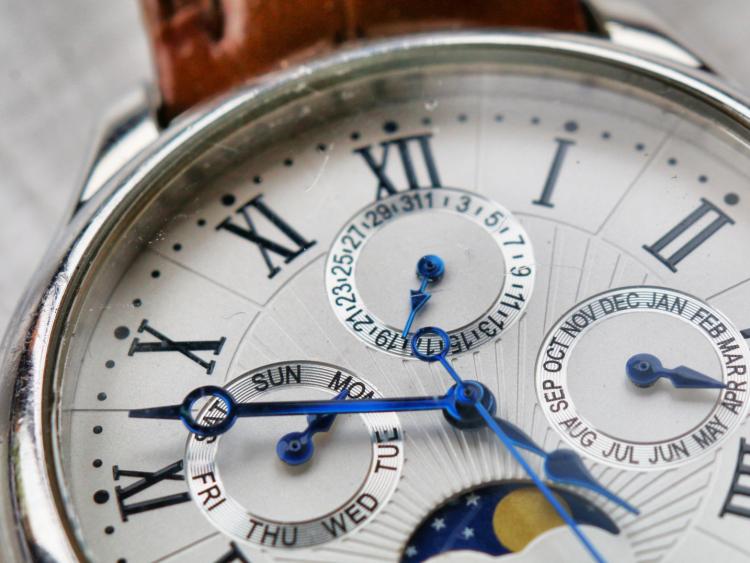 So, here we all are – one hour older and nothing to show for it Picture: Mat Brown/Pexels

So, here we all are – one hour older and nothing to show for it.
Nada. Nowt. Nothing. Not a sausage.
According to my watch I am writing this at 2.45pm. But it’s not 2.45pm - it’s 1.45pm. I know this. You know this. Everyone knows this.
I feel I’ve been transported into the future. A future I don’t want to be in. It’s called Time Travel. And I reckon it’s way outside the 5Km limit.
Furthermore my free Travel Pass doesn’t cover it. Not that I want it to.
You see I’m at an age when time is a precious commodity. An age when every second counts, not that I actually make every second count, but still, I want to have the option.
In short, and to resort to that age-old (pun intended) cliché, the clock is ticking, ticking faster than ever - ticking way too fast. And I do not appreciate having an hour deducted from that ticking clock.
One whole hour. Sixty minutes. 3,600 seconds.
You can do a lot in 3,600 seconds. If you want to. And if you don’t want to, that’s alright too. Not doing anything for an hour is another form of doing.
In fact, and I’ve written about this before, doing nothing is an art in itself. But you can’t do nothing if you have nothing to do it with. If you know what I mean.
I guess you could call it a form of Mindfulness. My wife might call it something else but that’s another day’s work.
Bottom line is - I feel I’ve been robbed. There’s no other way of putting it. It’s downright, daylight-robbery.
Okay, okay so it’s only an hour and that hour will be returned, restored or whatever come the Fall but hey, who’s to say that you or I - or any one of us - will be around for the falling of the leaves and the bronzing of the trees!
Maybe I shouldn’t be cribbing because truth be told there’s not a lot you can do in an hour in Covid Time. There’s not a lot you can do in Covid Time. Full stop.
You can look at another episode of In the Line of Fire, you could watch two episodes of Fair City, you could go for an hour long walk, or two half hour walks. You could even read a book, or at least a chapter or two. All riveting stuff.
Oh, and you could Zoom someone for an hour, if they have the patience and tolerance to suffer it. Suffer you!
Regarding this whole business of time and losing an hour, here’s a recent, interesting letter to the Irish Times:
Sir, Instead of putting the clocks forward……..could we just put the year forward and wake up in 2022, in the hope that we are back to normal living once again!
Yours etc, Laura O’Mara, Stillorgan, Co Dublin.
What a great idea. I love it. I’m all for this Laura but…I want that year back when things get back to normal.
It’s bad enough losing an hour but a whole bloody year! Not on your nanny.
In the meantime I believe it was heavy going in Stonehenge last weekend. Workers moved all the stones forward one hour!
The joys of growing old
On the topic of time, I mentioned last week that I have a birthday, a big birthday, coming up, which prompted a former colleague and good friend, to ‘drop’ the following into my inbox:
Perks of being over 60 and heading towards 70
1. Kidnappers are not very interested in you
2. In a hostage situation you are likely to be released first
3. People call at 9pm and say: ‘Did I wake you?’
4. Things you buy now won’t wear out
5. You can live without sex but not your glasses
6. Your eyes won’t get much worse
7. Your investment in health insurance is finally beginning to pay off
8. Your joints forecast the weather better than any meteorologist
9. Your secrets are safe with your friends because they can’t remember them
10. YOU can’t remember your secrets
And the email ends with: ‘A sure sign of old age is when you feel like the morning after the night before – and you haven’t been anywhere’ and finally:
‘It’s not how old you are, but how you are old’.
You know what – I’m sorry I mentioned the damn birthday at all.