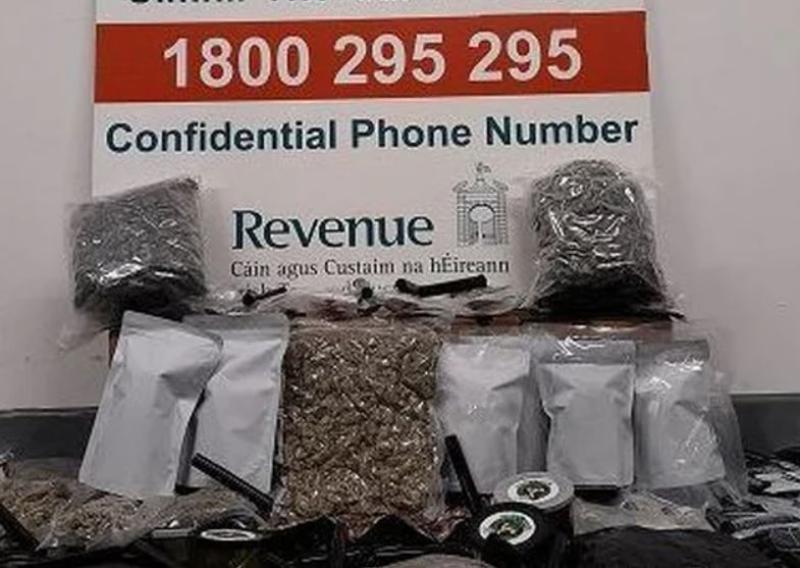 Some of the items seized by Revenue

Illegal drugs labeled as 'candy' and 'tea' were being sent to addresses in Kilkenny and elsewhere before they were seized by Revenue officials.

As a result of routine operations and with the assistance of detector dog Bailey on Monday,  Revenue officers at Dublin Mail Centre seized over 7.5kgs of various types of illegal drugs including herbal cannabis, cannabis edibles, cannabis resin, cannabis and butane honey oil and 70 reefers.

Officers also seized over 1,000 tablets including, Zopiclone, Benzodiazepine and Diazepam.

The illegal drugs have a combined estimated value of almost €110,200 and were discovered in 46 separate parcels that originated in the UK, Spain, USA and Canada.

Revenue said these parcels were declared as items such as ‘candy’, ‘clothing’, ‘games’, ‘boxing glove stickers’, ‘decals’, ‘tea’ and ‘car interior lights’ and "were destined for various addresses throughout Ireland".

A statement said these seizures are part of Revenue's ongoing operations targeting the importation of illegal drugs.

If businesses or members of the public have any information regarding smuggling, they can contact Revenue in confidence on Confidential Phone Number 1800 295 295.