Cllr Pat Fitzpatrick: Important step in safeguarding our past for the future 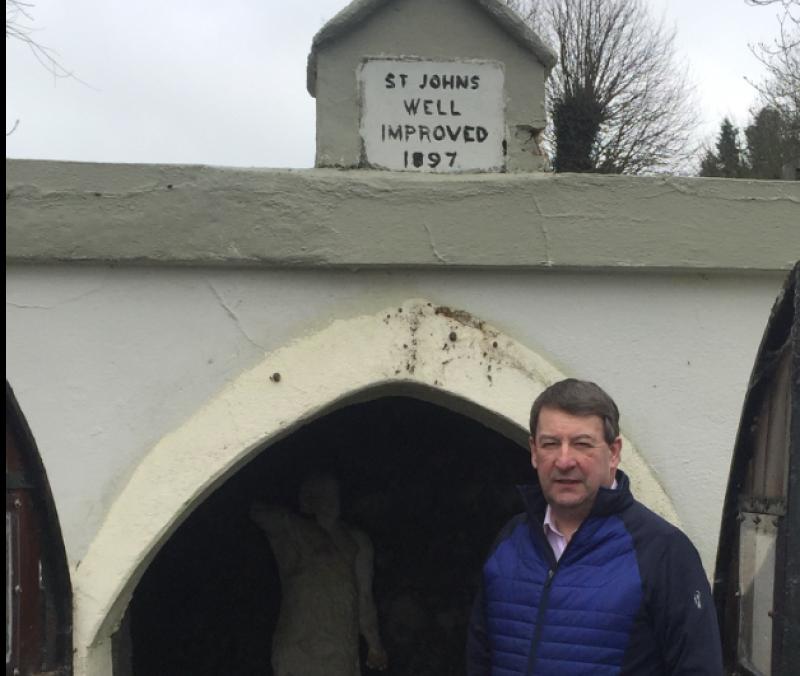 Cllr Pat Fitzpatrick at the well in Johnswell

A new initiative to record all of Kilkenny’s holy wells and Mass paths is to get under way this year.

It follows a proposal from local councillor Pat Fitzpatrick, who says the importance of recording our past heritage was never as important. He’s called for a full inventory to be undertaken of all the holy wells and Mass paths in the county.

“Future generations will not thank us if we let these culturally and historically significant pieces of our heritage disappear without trace,” he said.

“They will be lost forever and no trace of them or what they meant will be kept. If the pandemic has taught us one thing, it is that what’s important in life is our connection to our own place and these wells and Mass paths played a huge role in the lives of those who went before us and we owe it to them and to those who will come after us, to record of them.”

He fears that, in time, these valuable links with our past and our psyche will be lost. Cllr Fitzpatrick says he has received a commitment from the Chief Executive of Kilkenny County Council, Colette Byrne, that the heritage team in the local authority and in particular, Heritage Officer, Dearbhal Ledwidge, will spearhead the investigation into the holy wells of the county this year, and that next year the Mass paths will be catalogued.

“This is an important step in safeguarding our past for the future and I would like to thank Colette Byrne for the enthusiastic manner in which she embraced the project,” Cllr Fitzpatrick said.