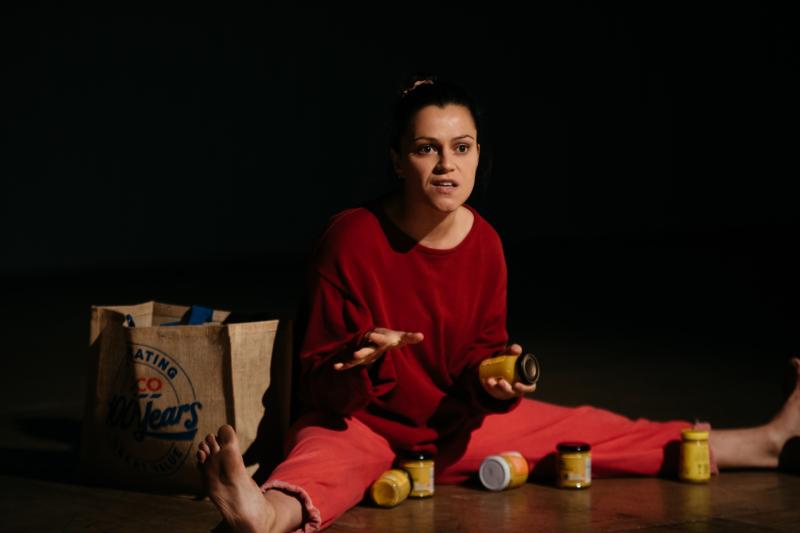 ​A one-woman show about heartbreak, madness and how condiments are the ultimate coping mechanism by an award-winning playwright and performer will be streamed this Friday.

Mustard by Eva O’Connor is described as '‘Part Fleabag, part Marina Abramovic, it straddles the line between theatre and performance art'.

Eva O'Connor is a writer and performer from  Co. Clare who has an MA in theatre ensemble from Rose Bruford drama school in London.

Her play Overshadowed was recently adapted for television by BBC Three and Rollem productions, directed by Hildegard Ryan. It won Best Drama at the Mind Media Award 2019.
Eva has also written for radio. Her play My Name is Saoirse was adapted for radio by RTÉ Radio 1 and Eva's short story The Midnight Sandwich was recently aired on BBC radio 4.

Mustard can be streamed from home this Friday (April 23) from 8pm. Book online at watergatetheatre.com for only €10.