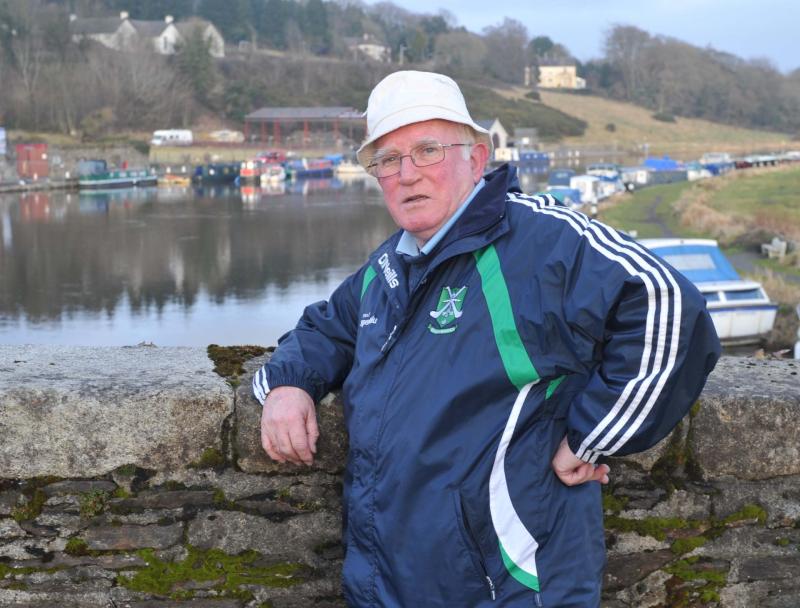 Graignamanagh is today mourning the loss of an immensely popular local man with the sad news that Billy Hoare has passed away.

Billy was invoved in every facet of the community. He was a postman, Peace Commissioner, (The Barrow Boys), former secretary of Graignamanagh GAA Club, and for many years he was the Graignamanagh local notes correspondent with this newspaper.

He will be forever be associated with the famous Green and white hoops of Graignamanagh GAA Club. He won a southern minor medal with the club in 1957, but it was his great services to the club in his off-the-field work and administrative skills that will be long remembered.

Billy served the club in every capacity available and was secretary of the club for 21 times. He also served as chairman treasurer, PRO, County Board rep, Southern board rep, and was the club's guest of honour at the recent official opening of Dr Tierney Park, of which Billy was immensely proud.

He was a diehard Graignamanagh and Kilkenny man. His exploits in defending his beloved Green and White are legendary in County Board circles and are still talked about to this day. He was the local club historian and the go-to man for any queries involving the club.

His skills with the pen are very well known countrywide and Billy was very proud of the fact that he won a very coveted McNamee GAA award for his Poem in 1985 called 'Kilkenny’s Hurling hall of fame'.

Despite Billy not being able to attend club games in recent years, his huge passion for the Green and White hoops never wavered, and no matter which age group was togging out he never failed to ring and enquire how the lads got on.

His contribution to the club will never be forgotten. The current members of the club express their sympathies to Billy’s family at this sad time for them all.

Billy was also a well respected former member of the Duiske Players Drama Group and worked hard on its committee over the years as well as directing and appearing in many productions in the 1980s and 1990s. Billy had a great grá for the works of John B Keane and worked on many of his productions in the Duiske Players and other groups over the years including appearing as Sean Dota in 'Sive' with the Watergate Productions.

Removal to Duiske Abbey on Tuesday, April 27 for 11am Mass followed by interment in St Michael's Cemetery, Tinnahinch immediately afterwards. Government Guidelines for Covid-19 restrictions will apply. Billy's Requiem Mass can be viewed on link https://youtu.be/q66QTsKK5KQ