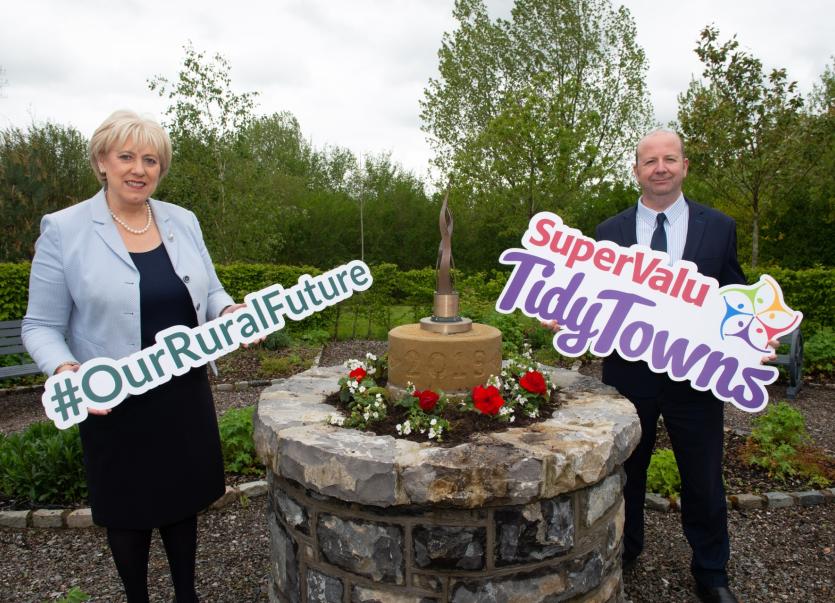 The return of the Supervalu Tidy Towns Competition will be a huge boost to communities across Kilkenny, Fine Gael TD John Paul Phelan has said.

Tidy Town groups in Kilkenny have now been awarded grants of up to €1,000 under the Tidy Towns Fund announced by Minister for Rural and Community Development Heather Humphreys.

“The return of the Supervalu Tidy Towns Competition will be a huge boost to communities across Kilkenny, many of whom have kept up the great work throughout the pandemic to keep their neighbourhoods clean, despite the cancellation of the competition due to Covid," he said.

“Eighteen Tidy Town groups in Kilkenny have now been awarded grants of up to €1,000 under the Tidy Towns Fund announced by my colleague the Minister for Rural and Community Development, Heather Humphreys.

“The 2021 competition will take place in the same format as previous years, with the overall winners due to be announced before the end of the year. However special arrangements have been put in place to allow the competition to go ahead safely, with a specific emphasis on electronic entry and remote adjudication of each town’s entry.

“The health and safety of volunteers is a priority and groups should continue to adhere to public health guidelines as they have done so remarkably well since the onset of the pandemic.

“The organisers acknowledge that volunteers have not been able to deliver on all of the plans that they may have had for their towns, and the competition adjudicators will be mindful of this fact when assessing entries.

“To reward the continued efforts of volunteers throughout the pandemic, Minister Humphreys has introduced a new award category aimed at groups that have continued to serve and look after their communities despite the difficulties posed by Covid-19.

“There is also a special new prize for young people, which was committed to under Our Rural Future – ­the Government’s ambitious new strategy for Rural Ireland. I encourage everyone who cares about their community in Kilkenny to get involved in the competition."

This year’s closing date is Friday, July 2 with results expected to be announced in Q4 of this year.

See TidyTowns.ie for all the information you need. Entry forms will be emailed to all registered groups and can also be obtained from the TidyTowns Unit in the Department of Rural and Community Development (Phone: 076 100 6912) or by emailing tidytowns@drcd.gov.ie.

Launching the 2021 Supervalu Tidy Towns Competition, Minister Humphreys said: “Missing out on the competition last year was very disappointing for everyone associated with TidyTowns. That’s why I am delighted to announce that this iconic competition is back.

“As we look ahead to an outdoor Summer and staycations, we want our local towns and villages right across the country to be attractive, welcoming places. The trojan work carried out by our local Tidy Towns volunteers will be central to achieving that. My message is clear - Tidy Towns is back this year and it is bigger, better and more important than ever.

“I value the role my Department plays in this competition. I want to also commend the competition sponsor, SuperValu, for their continuing support and enthusiasm in raising awareness of the competition. Now in their 30th year of sponsorship, through their nationwide network of retailers, SuperValu have helped the competition to become the best known sustainable and environmental initiative in Ireland.

“Finally, I want to encourage all groups to continue to adhere to the public health advice and I wish all the volunteers the very best in this year’s competition.”