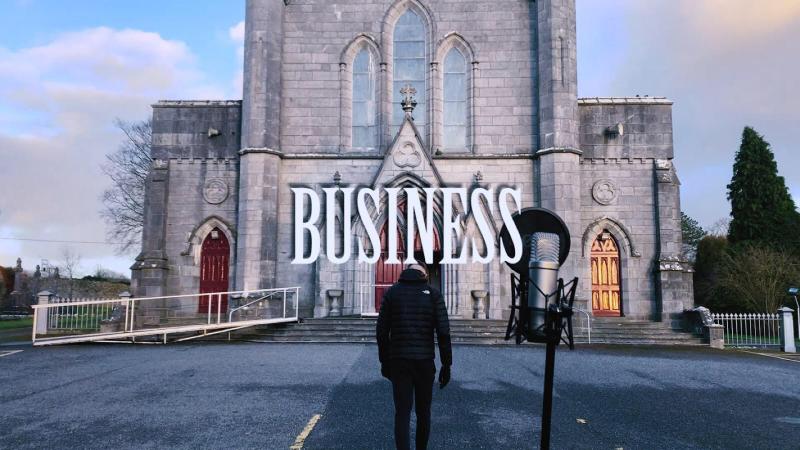 Jayskinny got over 36,000 hits on YouTube with his debut single

Seán McCabe, aka Jayskinny is making quite the impression with his debut single getting over 36,000 hits since it was uploaded onto the online platform, YouTube earlier this year.

The 19-year-old from Ballyragget is mad about music and is working hard to perfect his craft. The results are obvious and can be seen in the huge success of his first single, Business. However his success has been hard-earned and much thought and research has gone into trying to get the maximum reach for his tracks.
After finishing school at Coláiste Mhuire in Johnstown last year Seán secured a place in Waterford College of Further Education to study Music Production and Sound Engineering. With the ongoing pandemic he decided to defer his place - a decision which allowed him to hone his skills and talents and gave him time to create and produce music.
His second single, Irish Thing was released in March and has over 16,000 views to date. His music videos are shot in and around Kilkenny and is currently working on a third track.
Seán explains how he got into making music as a teenager.
“I got into it around two years ago with my friend Josh Moynan. I was also into music but before that I didn’t have the confidence. The two of us started Jayskinny - but it is just me now,” he said.
The rapper uses the familiar in his videos - Business is filmed outside the church in Ballyragget while Irish Thing is filmed in and around Kilkenny City.
When asked how to describe the music which is a mix of electronic and rap Seán says that he is ‘following the way’.
“This type of music is up and coming and is starting to take off. It is upbeat,” he says and cites drill collective, A92 as an influence in his creative work.
The musician is well aware that his success is due in part to his hard work and dedication.
“It wasn’t out of nowhere. I had a promotion plan. I studied the way things work on social media and I really pushed it out on the algorithms. I am really glad that I took this year out to work on myself more,” he said.
Seán is working fulltime in order to fund his passion and spends his free time making his music.

His tracks are available on YouTube, I Tunes, Spotify and other channels and Jayskinny can be found on Instagram.