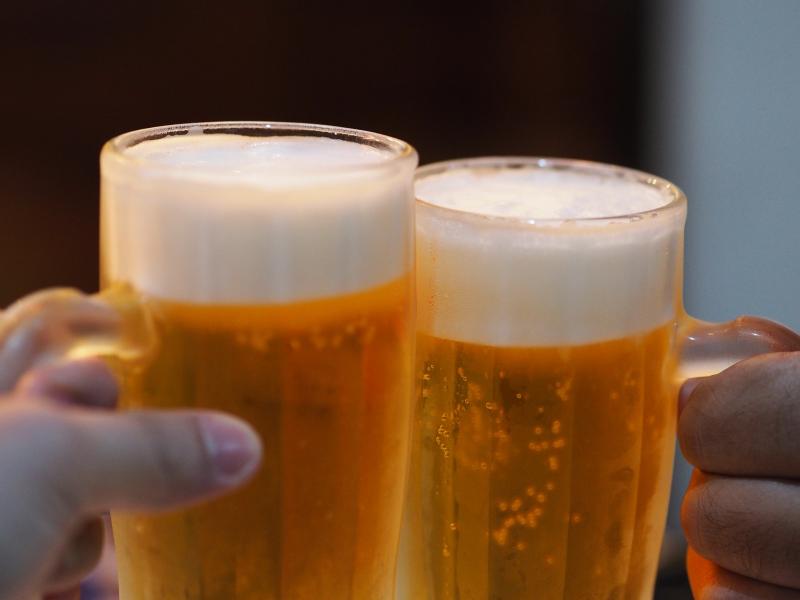 The Kilkenny Beer Festival got off to a swinging startPicture: NIRV VANA/Pixabay

Here's what made the front page news of the Kilkenny People 50 years ago this week - June 4, 1971

With more resident visitors in the city than ever before for the Kilkenny Beer Festival, the eighth annual event has got off to a swinging start, and the Gardai report ‘no problems whatsoever’.
Thousands of Festival goers flooded the city for the opening on Sunday and most events were crowded.
Since then the ballad and singing pubs competitions, in particular, have been getting fantastic support, and suspense is mounting in the great £1,000 ballad competition, as two local groups have reached the semi-finals.
South-East Tourism’s information caravan on The Parade reports the heaviest business ever for the beer festival and, at the time of going to press approximately 100 enquiries an hour were being handled by a doubled staff.
SET’s regional development manager, Mr PF Nolan, said a very noticeable trend this year was the increase in the number of people who were staying the week. As well, there were more mature and settled people than ever before and they would probably be better spenders.
Festival secretary Mr Michael McGuinness said he was agreeably surprised by the amount of support, co-operation and goodwill that was forthcoming from the people of the city.
“It is completely different to last year,” he said. “This year we haven’t to look for co-operation. It is being offered voluntarily to us.”
Another very pleased person is Supt Thomas Sloyan who said that no problems whatever had arisen so far.
An increased Garda force would be further increased at the weekend when huge crowds were expected.
However, he said, no trouble was anticipated. “We will be well prepared for the big crowds,” he pointed out, “and we have plans that will adequately deal with every situation.”
THE LONG LONG TRAILER
South East Tourism’s Information Caravan is now on the Parade, Kilkenny.
This year a bigger caravan has been provided in order to cope more adequately with the larger volume of enquiries which Kilkenny now enjoys.
These have risen from 2,100 in the 1965 season to last year’s record total of 18,300.
It is hoped also that, this year, the number of bed nights handled by the room reservation service, operated by SET at the Caravan, will break previous records. When first introduced in 1965 the number of bed nights handled was 110. By 1970, this had risen to 3,758 reflecting the increased importance of Kilkenny as a tourist centre.
The caravan is staffed by Miss Mary Manning who recently completed the Tourist Advisor training course conducted by South East Tourism each year before the tourist season.
SCHOOLBOYS REVOLT
Following incidents involving sixth year students in the CBS James’s Street, Kilkenny which resulted in a short students strike at the weekend, the Superior Bro O’Cathain has issued the following statement:
“During the past few weeks various acts of indiscipline occurred in the Leaving Certificate classes in CBS Kilkenny, culminating in the throwing of some eggs during school hours and at study on Thursday evening.
“I carried out a thorough investigation but in the meantime some of the Leaving Certificate boys refused to return to class on Friday afternoon.
“There seems to have been some misunderstanding which was amicably settled when the boys came back to school about 3.30pm. Study continued as usual from 6.30 to 9pm.
“A parent teacher meeting was held on Monday evening at which the parents unanimously endorsed my action. Three boys were suspended from school for one day.”
In the interests of the pupils and the school Bro O’Cathainn did not wish to make any further comment.