Council refused permission due to concern it would seriously injure visual, residential amenities and heritage value of area 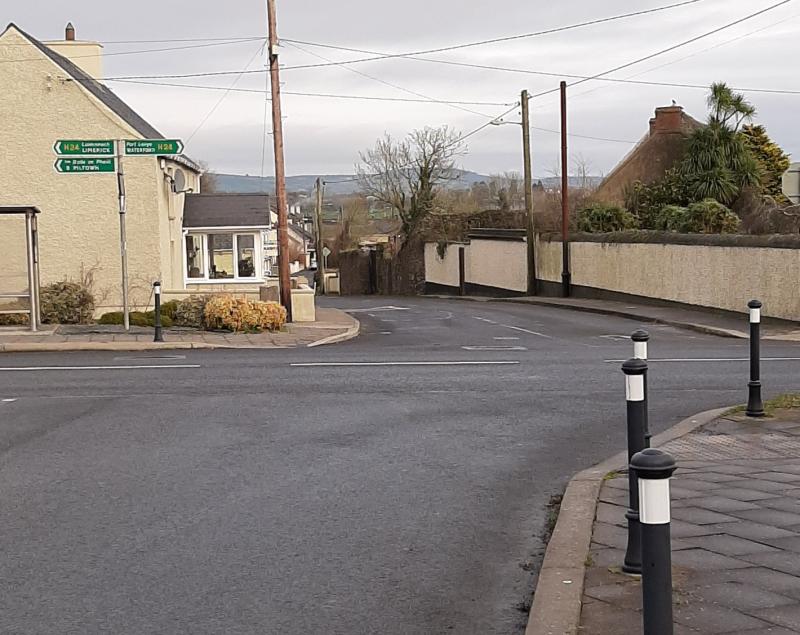 The vicinity of the mast in Mooncoin

Concerns have been raised over planning approval for a new 18-metre high telecommunications mast on Chapel Street in Mooncoin.

The planning proposal was given the green light by An Bord Pleanala in recent weeks, despite a recommendation from the Bord’s inspector that it not go ahead. It was previously denied planning permission by Kilkenny County Council.

The appellant, Eircom Ltd, took its case to the Bord and an inspector visited the site on March 4 of this year. In a report, the inspector noted the street serves a number of residential developments, a small housing estate, and a graveyard.

In its refusal for the planning the council noted the location, scale and height of the structure within a residential area of Mooncoin village settlement in close proximity to a number of dwellings, the Pollrone Graveyard/ Cemetery identified on the National Inventory Architectural Heritage Reference 12328013 and Rated of Regional Importance.

It said it considered the proposed development would be ‘visually obtrusive’ at its location and ‘would seriously injure the visual, residential amenities and heritage value of the area and devalue existing properties in the vicinity of the site’.

The council felt the proposed development would be contrary to the proper planning and sustainable development of the area.
There were a number of third party submissions with concerns over the scale of the mast, as well proximity to houses and the graveyard.

Meanwhile, Eircom submitted that the reason for the mast was the eir ‘blackspot’ within the village. It said the site will provide 2G, 3G and 4G coverage which will improved voice and high speed data service to the area. It said it was necessary with more people working from home.

Eircom said it would not be possible to secure alternative sites that satisfy the requirements of the development plan. It also argued that there was ‘no evidence’ to substantiate that the values of local properties being negatively impacted, and that telecommunication structures have become accepted within populated areas throughout the country.

The appellant said a slimline monopole structure was selected in order to reduce visual impact, and the structure is of a design and scale that would not be out of character or visually obtrusive in the village.

The council did not agree with this, and there were third party observations from locals expressing their disagreement also.

In the end, the Bord considered the matter and did not accept the inspector’s recommendation, deciding to grant permission for the development.

In its order, the Bord said it was satisified that the mast, subject to compliance with two conditions, would not seriously injure the visual or residential amenities of the area due to its ‘limited scale and height’. It said it would be in accordance with local, regional and national policy.