Met Eireann weather forecast for Ireland for the coming days 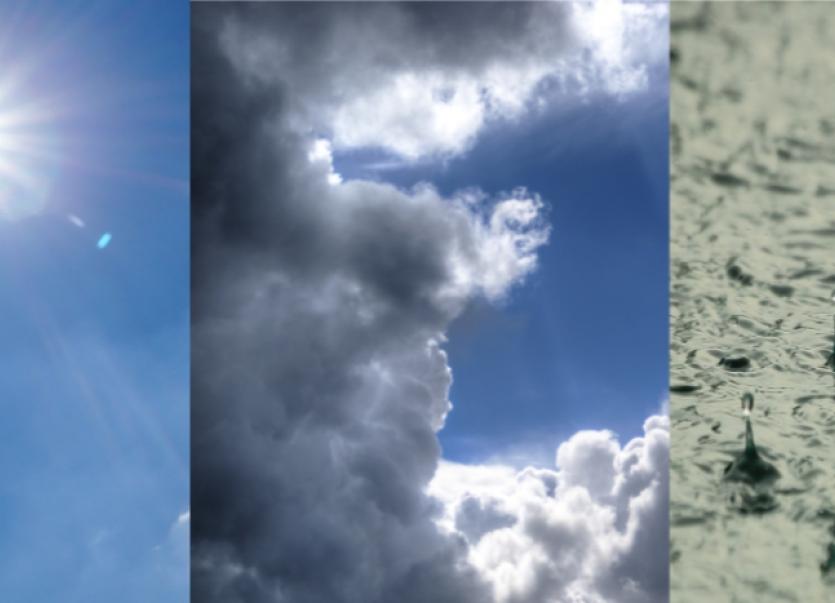 Met Eireann weather forecast for Ireland for the coming days

The weather in Ireland is set to be mixed in the coming days and into the weekend according to the latest weather forecast from Met Eireann.

According to Met Eireann, Wednesday will be mostly cloudy, with scattered outbreaks of rain and drizzle during the morning, but mainly dry in the west. Becoming mostly dry during the day, with just isolated patches of drizzle. Patches of mist and hill and coastal fog also. Some bright or sunny spells will develop later in parts of the west and southwest. Maximum temperatures 15 to 20 degrees, in light to moderate westerly breezes.

Wednesday night will be mostly dry, with some clear spells, especially in the western half of the country. Rain will develop on the northwest coast towards morning. Minimum temperatures 8 to 12 degrees, in light westerly or variable breezes.

The weather forecast for Thursday is for the day to be mainly dry at first in the midlands, east and south, with some hazy sunshine. Rain will extend from the northwest across Ulster, Connacht and west Munster during the morning and early afternoon, extending gradually to remaining areas later, but it will be patchy over the southern half of the country. Warm and humid in the south and east, with maximum temperatures of 18 to 22 degrees, but cooler in Atlantic coastal counties, with maxima of 14 to 17, in mostly moderate westerly winds, fresh to strong on west and northern coasts.

Rain will continue to clear southeastwards, with cooler, fresher conditions developing, as winds veer northwest on Thursday night. Becoming dry in most areas, but showers will develop in the northwest and north.

Friday will be cool, with some bright spells, but showers also, initially mainly in the north and northwest, but extending southwards during the day. Maximum temperatures from 13 to 17 degrees, in mostly moderate north or northwest winds, strong on Connacht and west Ulster coasts.

According to Met Eireann, there will be some bright spells on Saturday, but scattered showers also, mainly in the east and south. Max. 15 to 20 degrees, in light to moderate northeast breezes.

Met Eireann says that here is still some uncertainty, but currently Sunday is looking mainly dry, with sunny spells, but some scattered showers are still likely. Maximum temperatures from 15 to 21 or 22 degrees, in light northerly or variable breezes.