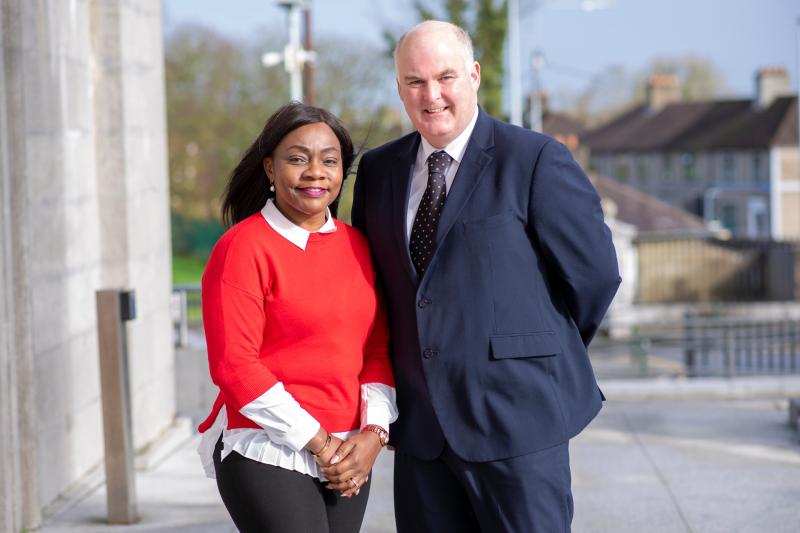 The Immigrant Council of Ireland is calling on migrants and councillors from Kilkenny to take part in the Migrant Councillor Internship Scheme.

The scheme, which was officially launched today, is a mentoring programme that pairs local councillors with migrants who want to learn more about Irish politics and get involved in their local communities. Following a successful pilot of the scheme in 2018, the Immigrant Council will now run 15 local political internships across Ireland for migrants, between September and December 2021.

Successful applicants will be placed with local participating councillors for one day a week (or the equivalent of seven hours spread over a number of days) for a three-month period.

Commenting on the scheme, Teresa Buczkowska, Integration Manager at the Immigrant Council of Ireland said: “For many migrants the lack of diversity and representation in key areas of Irish society is an ongoing visual reminder that we are still some distance away from being a fully inclusive society. The Immigrant Council is working to change this by promoting diversity and inclusion across all aspects of Irish life, especially politics.

“With more migrant involvement in politics and in their local communities, we will see diversity in representation, and a truer reflection of the society we live in today. This is vital for young migrants who often tell us they don’t see themselves represented in many leadership areas in Ireland.”

Originally from Nigeria, Uruemu Adejinmi interned with Longford County Councillor, Joe Flaherty, in 2018. Following completion of the programme, Adejinmi was co-opted to the council, where she is still serving and was recently elected as Mayor. Commenting on the scheme, Cllr. Adejinmi said: “Being part of the scheme really hammered home for me the importance of adequate representation in council meetings. Our presence at meetings is a reminder of the diversity of the population and helps ensure that our interests are considered in decision making.

“Participating on the scheme gave me a great opportunity to meet lots of people in the local community and learn firsthand what the role of a councillor involves. I would encourage any migrants with an interest in politics to consider taking part.”

Migrants living in Kilkenny who are interested in getting involved in the scheme must complete an online application form. As part of the process, applicants are also required to create a three-minute video answering the following questions: ‘Why does representation in politics matter?’ Transport and lunch expenses, as well as childcare costs for single parents will be provided for successful applicants. Migrants must be non-European Economic Area (EEA) citizens. The deadline for applications is July 23.

Councillors from Kilkenny who would like to host an intern of a migrant background should send an email indicating their interest to research_intern@ immigrantcouncil.ie . The deadline for councillors is July 23, 2021.

Online information sessions for potential migrant applicants and interested councillors will talk place next week. The details and requirements for the scheme will be outlined during each event.