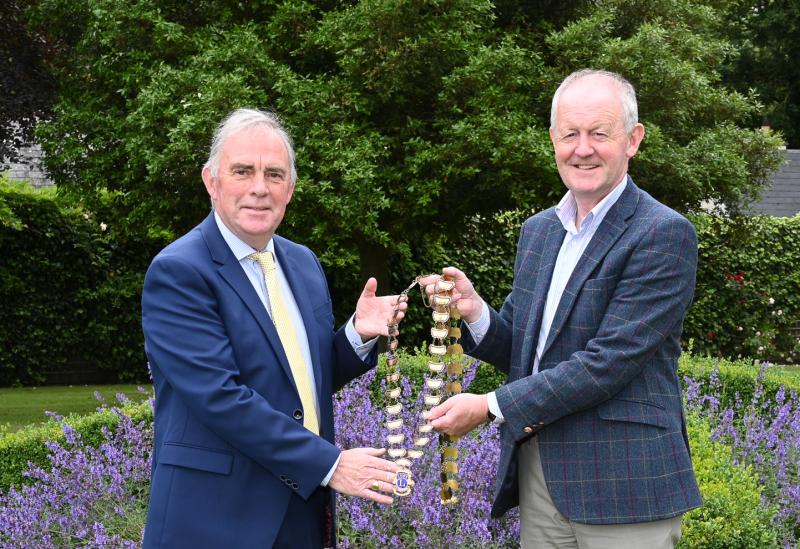 The outgoing president Pat O’Hanlon wished him a very successful year. Mr Holohan joined Kilkenny Lions in 1997, and has chaired a number of subcommittees including the annual Christmas Hamper Appeal, from which many charities have benefited.

He has a long and proud history with Lions. He first joined Dungarvan Lions Club in 1989 where he also served as president. Indeed, this will be Eddie’s second term as president in Kilkenny having previously filled the role in 2000.

He resides in Dunmore, with his wife, Liz and they have two grown up children Niamh and Darragh. Mr Holohan is very involved with the local community in Dunmore.

For his year in office, with the help of all the committee members and with the generous support of the people of Kilkenny including the business sector, he intends to follow in the footsteps of his predecessors in providing support and help for those in the city and county requiring assistance.

Mr Holohan thanked the Kilkenny People and KCLR for giving such great publicity to the various Lions fundraising events. He said that he looked forward to continuing the great work and outstanding service of the outgoing president Pat O’Hanlon.
The past year has been very successful with fundraising events including the Christmas Hamper Appeal, GoFundMe Appeal, Golf Classic and also being a major recipient of the Mayors Christmas fundraiser.

In addition, five Family Resource Centres were supported so they could assist young people with their education needs.
Funds were also allocated to 11 other local voluntary organisations in the city and county.

As Kilkenny begins to open up, there will be an increased need to look after our most vulnerable in society, and Kilkenny Lions Club will continue to support the many very worthy causes throughout the city and county.