Editorial: Return of a live Kilkenny Arts Festival is most welcome 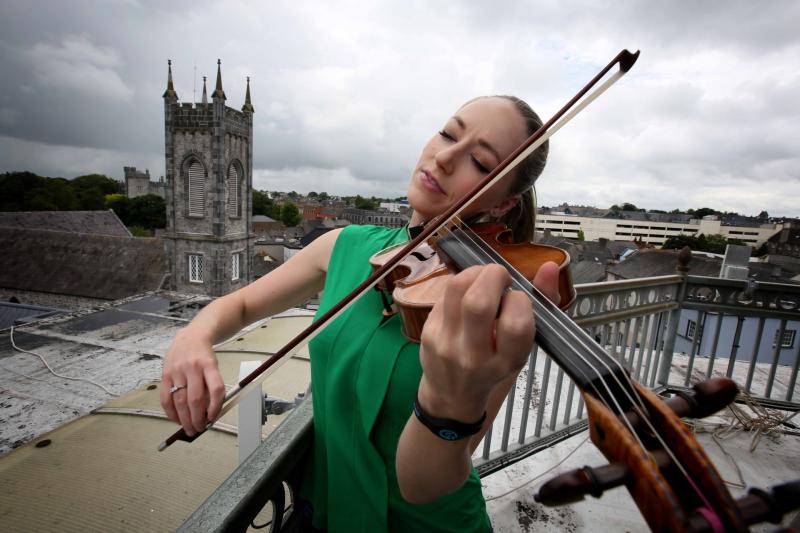 Aoife Ní Bhriain on The Tholsel, Kilkenny, to mark the announcement of the programme for Kilkenny Arts Festival 2021 which runs August 5—15

It’s hard to believe that more than seven years have passed since Kilkenny Arts Festival was celebrating its 40th anniversary, with visitors from around the world flocking to the Marble City to be part of it all.

The year was 2013, and there was huge excitement for the busy festival programme, with one of the standout events being outdoor performances of the Taming of the Shrew at the Castle Yard. The concept was relatively new — it followed the success of the previous year’s output, and both performance and venue received overwhelming acclaim.

This year, the excitement will be back as live performance returns to the Castle Yard space. Irish National Opera, in association with the festival, will premiere a major new outdoor production of Richard Strauss’ Elektra.

It’s just one part of an interesting and varied festival lineup. Organisers have consistently brought some of the biggest and most exciting names in the arts to Kilkenny, further cementing our status as an arts and festival destination.

It’s notable also that the festival organisers have made sure to retain plenty of online content.

We are not out of the woods yet in terms of the pandemic: With the onset of Delta variants and further setbacks for our hospitality sector, there’s no doubt we still have a way to go. However, the r eturn of live performances for one of the biggest staples of Kilkenny’s festival calendar can hopefully be seen as a positive indication of things to come.

If successful, it may also be a template for how others can proceed in some capacity.

Sadly, the Kilkenny Country Music Festival became the latest casualty of the restrictions, with a decision made this week not to proceed. Organisers will honour the tickets for next year, and plans are already under way with exciting names being mentioned.

It’s been an extraordinarily challenging 18 months for our festival and events, so hopefully we are close to turning the corner.