'We'll have more tennis than ever before in Kilkenny' 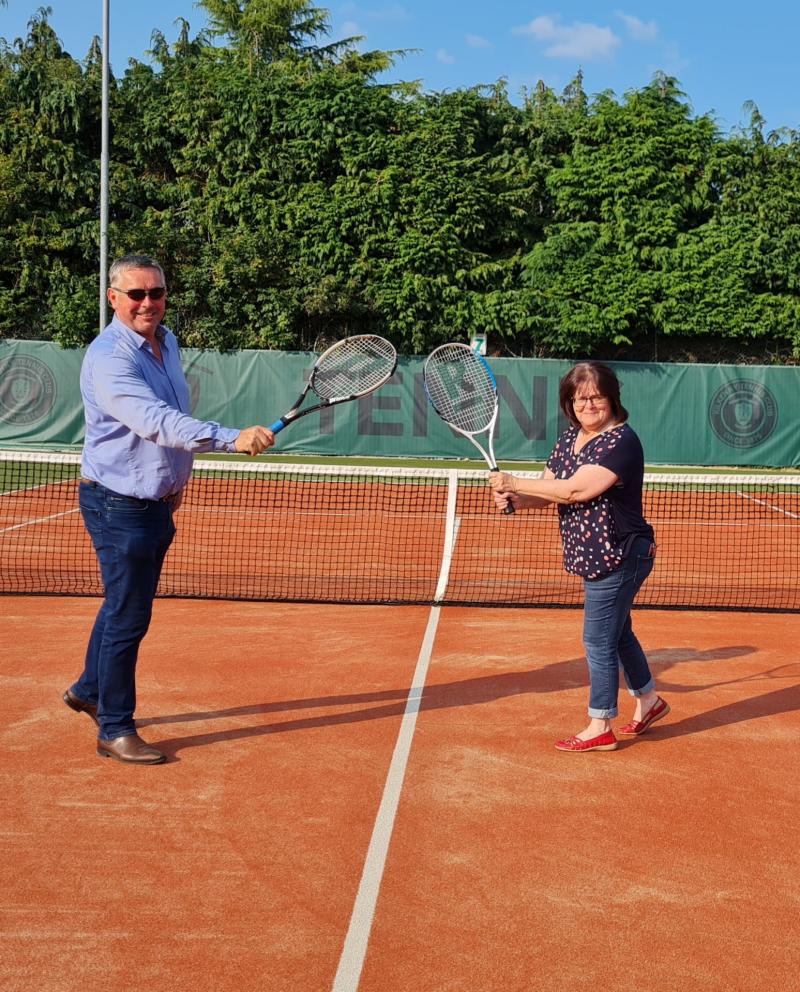 Ivan Powell has been the captain of Kilkenny Tennis Club for the past two years and is very proud to be part of a fraternity that has been playing tennis in Kilkenny for the past 142 years.
In his day job he has been the Managing Director of The Packaging Centre in Dublin for the past 20 years. The Packaging Centre provides glass, plastic and paper packaging solutions for individuals and companies.
Prior to that Ivan worked in the diamond industry and for the United Nations - but that’s a story for another day!
Ivan is originally from Dublin, but Kilkenny is his home now. He moved to Castlecomer with his family in 2001 after nine years living and working in Oxford. He and his wife Polly now live in idyllic Talbots Gate with children Max and Eloise.
Here is a glimpse into Ivan’s world ahead of Kilkenny Tennis Week…
Ivan what are you expecting for Kilkenny’s Open Tennis Week as it returns to the courts in Archersfield?
The first thing we are expecting is lots of tennis, in fact more tennis than ever before because we have over 330 players from all over the country. We have players coming from as far away as Belfast, so it’s going to be a very busy time for Rena O’Connor, our Administrator and Ed Walsh the Chairman of the Tournament committee.
I’ve heard you call Rena O’Connor ‘Lady Kilkenny of Tennis’. Things wouldn’t work at the club without her, would they?
Rena is the lynchpin of Kilkenny City & County Lawn Tennis Club. She has been here for over 30 years; in fact she met her husband here. (She’ll kill me later for telling you that!). 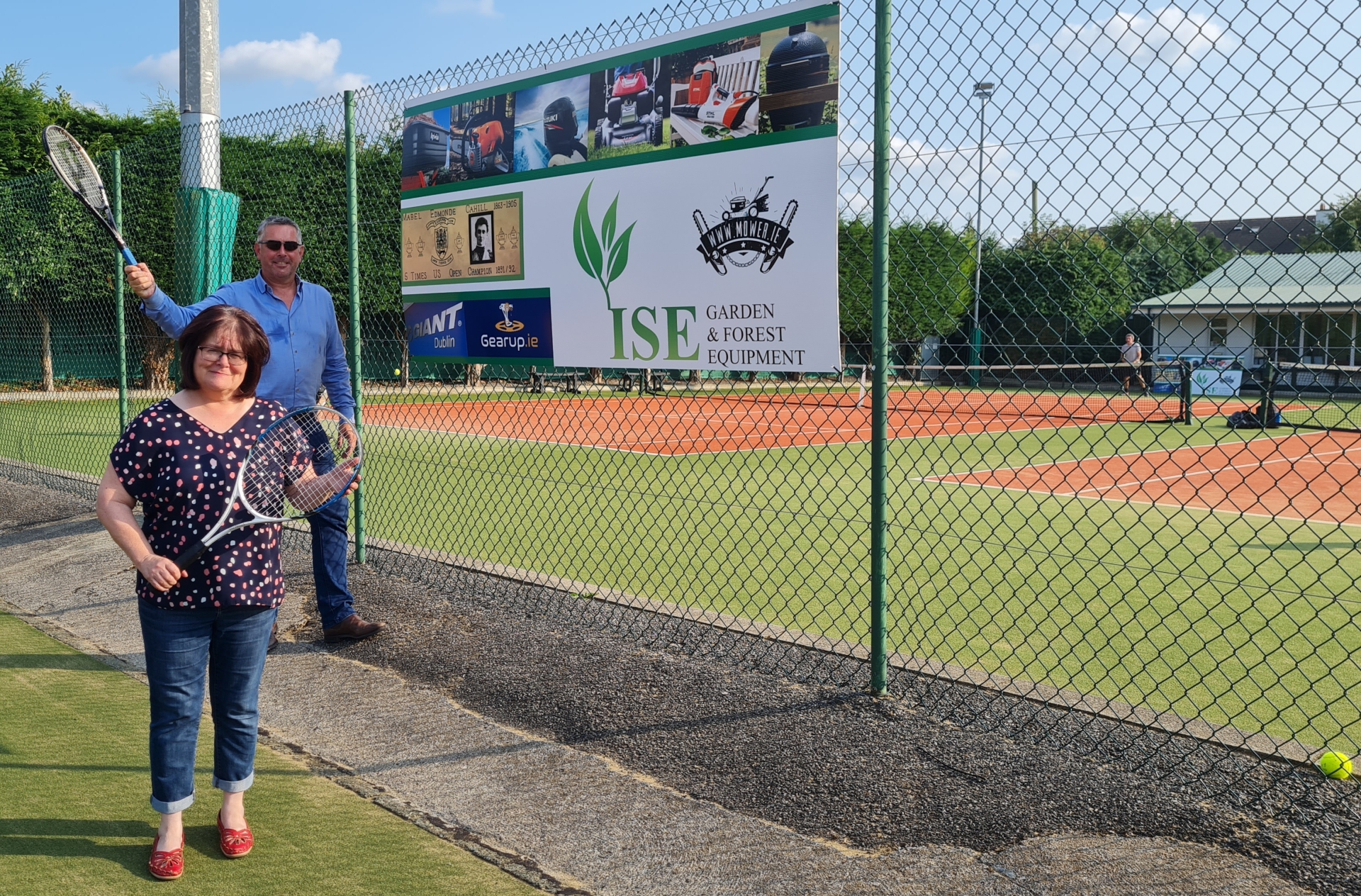 Seriously, nothing would work here with Rena. She is the constant factor, as are the coaches.
Who are the wonderful coaches?
We have three great coaches here – Billy Bolster, Brian Doyle and Maurice Reidy. We are hoping to have a female coach Ciara O’Driscoll to come on board quite soon.
What’s the role of the Captain for Kilkenny Open Week?
To make sure it happens! I’m just here really for show, the baton carrier. Rena does the day to day stuff along with Ed; they run the nitty-gritty side of things.
John Dowling, our very efficient barman and groundsman, makes sure that everyone is fed and watered, and that the courts are kept in perfect condition. It really is a team effort.
There will be hundreds of matches starting this Saturday and culminating in finals on the September 11.
These matches can go on for a pretty long time until the best player wins.
On Saturday matches will start at 9am and some matches could finish at midnight or later! Some people can play up to three or four matches in the day, with each game taking up to one and a half hours. There’s always some very tired players here come the Sunday morning of Open Week.
In 2018 here I went on court in a semi-final with my good friend John Dalton at 12.20am and got off court at 1.45am. The only good thing about that was that we won!
Why is Kilkenny Open Week being named the Mabel Edmond Cahill Week?
For the first time ever we decided to honour a Kilkenny tennis club female member who won five US Opens. Mabel Cahill was an Irish female tennis player from Ballyragget. She was very active in the late 19th Century, and was the first foreign woman to win a major tennis tournament when she won the 1891 US National Championships. She is a member of the Tennis Hall of fame. 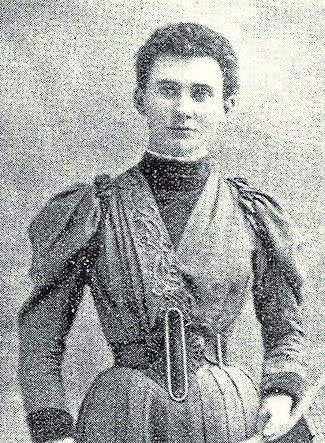 It was about time we recognised after her formally. We also have a beautiful mural about her in the Clubhouse created by Paul Murphy and Orla Kelly.
That is an incredible legacy for Kilkenny tennis. Tell us about the club, which has been in existence since 1879.
Kilkenny Tennis Club is one of the largest and best regional tennis clubs in Ireland. It is a very active club with eight courts, a practise court, gym, bar and changing rooms with saunas.
The Club has been maintained and developed over the last two decades by the Development Committee led by Jimmy Morrow and Robert Cummins – who happens to be President of Munster Tennis. In fact we have three Presidents in our Club, Robert, Shae Cooke President of Tennis Ireland and Brian Fennelly, President of Kilkenny Tennis Club – lots of Presidents!
Recently it has been given a bit of a facelift and love! We put a lot of emphasis in promoting the fact that the club has been here since 1879, by putting up new meshing and windbreakers with our name and heritage on them. It gives members a great sense of pride in their club.
The club has eight Class 1 grade courts finished in the latest all weather carpet (Tiger Turf Advantage) and has Class 1 court lighting. It also has a dedicated mini practice court, a practice wall, a gym and back in the day a very sociable bar.
What about member numbers?
We are back to our peak, just before the last boom we had 1,200 members, when Brian Doyle was Captain. Now we have over 1,200 members again with more than 500 junior players. The members range from five years old to players in the eighties. All are welcome – tennis truly is a game for life.
How easy is the game of tennis to take up if one hasn’t played before?
Very easy, there are people of all standards here. There are young people who are superstars, as well as people in their fifties, who are taking it up for the first time and having fun in Friday night tournaments, with the outdoor bar afterwards!
I highly recommend it as a sport that you can play for many years into your eighties.
Were you able to play tennis during the pandemic?
Unfortunately the club was shut completely for about three months in 2020 and 2021. It was a bleak time when we had to take down all the nets in the courts - the club felt very depressing soulless.
Luckily John and a member used the closure to paint the premises and make sure the club looked smart when we all came back.
Tennis as a non-contact sport was very popular as we emerged from lock downs and we have probably ended up with more members coming out of the pandemic, than going into it.
What did you do to keep fit during the lockdowns if tennis was off the cards - dancing!?
I take it you are referring to my paso doble days with Anne Neary. My Strictly Dancing days were a low point for dancing but we did raise a lot of money for charity.
My big thing is walking and I try to hit 18,000 steps every day after work with my two Irish red setters.
Kilkenny Tennis Club Open week is sponsored by ISE Garden & Forestry Equipment and runs from Saturday (September 4) to September 11.