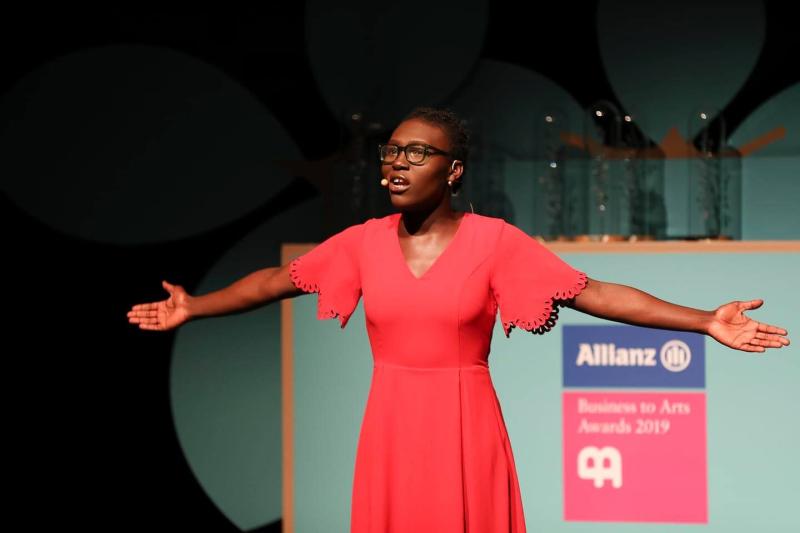 A Nigerian-Irish poet, performer and playwright will take to the stage this Thursday (October 28).
Award-winning artist, FELISPEAKS will perform in Cleere’s Bar and Theatre and showcase her unique and brilliantly formed poems to a Kilkenny audience.
FELISPEAKS was commissioned by RTE in 2020 with the poem Still about Ireland’s response to the Covid-19 pandemic.
In recent events, FELISPEAKS has performed at National Concert Hall: Notes from A Quiet Land as well as various online livestreamed events and symposiums including Createfest, Maynooth University Social Justice Week, NUIG’s Translating the Neighbourhood and POD’s Festival of Now. She was a member of Dublin International Film Festival’s Festival Retrospective Committee, curating works.
The Longford native is currently featured on the Leaving Certificate English Curriculum with her poem ‘For Our Mothers’.
Felicia has been a board member of Poetry Ireland since June 2020 and was nominated ‘Best Performer’ by Dublin Fringe Festival in 2018 for her performance in ‘Boychild’, a co-written play by Dagogo Hart and herself.
FELISPEAKS has also had the opportunity to perform her poetry at Concern’s 50th Anniversary in Dublin Castle on September 2018 that included speakers such as President of Ireland Michael D Higgins and Former President of Ireland Mary Robinson. Felicia has also been honoured with an award by the (APNI) African Professional Network of Ireland for her unique contribution to the art scene.
For more or to book see www.cleerestheatre.com