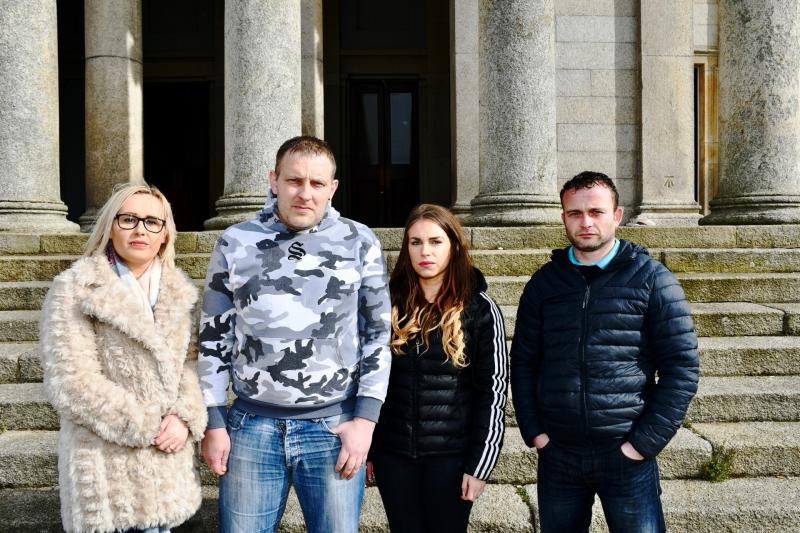 The family of ‘kind and gentle soul’ Gerry Nolan who died in a fire in Castlecomer more than a decade ago have said he will never be forgotten, and reacted to the sentence this week handed down to the arsonist responsible for the fatal blaze.

Mr Nolan's family said they will never forget the horrifying images of the deceased’s home engulfed in flames.

Speaking outside the Criminal Courts of Justice building on Monday, the family gave their reaction to the sentence imposed on Mr Kelly.

“Gerry has and will never be forgotten by his family,” they said.

“It has been a stressful and traumatic 16 years and today we have received some closure and justice for Gerry.”

THANKED
The family also thanked gardaí and their local community who have helped them over the years.

Sentencing Kelly at the Central Criminal Court on Monday, Mr Justice Paul McDermott said the ‘very extensive’ victim impact statements from Mr Nolan’s family had eloquently reflected the devastating and deep lasting effect of their terrible loss, the horror of the manner of the deceased’s death and the fact that Mr Nolan had been denied justice as his family saw it for over 16 years.

The judge also said that setting fire to Mr Nolan’s home went beyond an intention to frighten him and was an intention to terrorise him. It also showed the accused’s shocking and callous indifference to the deceased’s fate, he added.