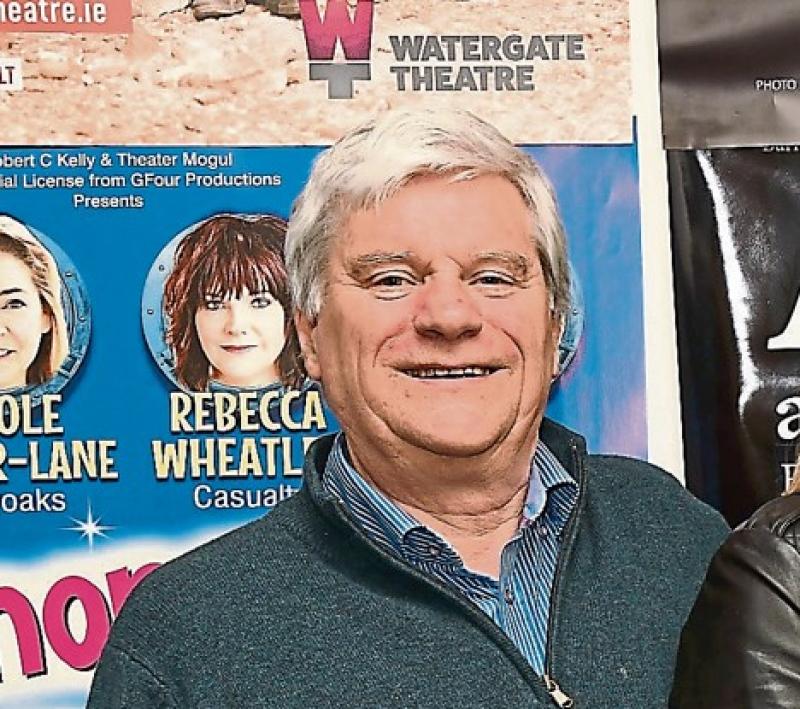 Humble, modest, hard-working and kind Vincent has brought the joy of theatre to generations of children across Ireland and his patience and dedication has cultivated and inspired people of all ages not only to appreciate theatre as a spectator but also to participate and engage in the theatrical process.

Vincent has been General Manager at Barnstorm Theatre Company since 1998 and was also Production Manager and Tour Manager on the professional productions for young audiences.

Artistic Director of Barnstorm Theatre Company, Philip Hardy explained that while Vincent is retiring from his role as General Manager there are already plans in the pipeline for future collaborations.

“Vincent and I have been a team for so many years in the development of Barnstorm as a provincially-based theatre company and of Theatre for Young Audiences. It has been an adventurous road that we travelled, and I don’t think Barnstorm would ever have achieved what it has without his guidance and expertise. I remember our regular visits to the Arts Council in Dublin in our pursuit of recognition for what we were trying to do in Kilkenny and one officer stated, ‘the air is different in Merrion Square when the boys from Kilkenny are here’.

“Vincent is stepping down as General Manager but will still be involved with the company on specific projects – I look forward to continuing the journey with our new GM Anja Terpstra and the Barnstorm family.”

Chair of the Board of Directors at Barnstorm, Seamus Greene paid tribute to Vincent describing him as ‘a passionate advocate for the arts’.

“I first met Vincent ten years ago. He was rigging lights and setting up his lighting board for a production the Adult Theatre Club was working on at the time. He was consistently patient, kind and dedicated on that and every other production that I was lucky enough to work on with him.
“He brought those same qualities to his tireless work as Producer/Manager and passionate advocate for Barnstorm. He’s a big loss to the theatre in Kilkenny. I wish him health and every happiness in his retirement.”
One of Barnstorm’s many success stories has been the development of amateur acting groups which continue to this day with the Barn Owl Players.

Minister of State, Malcolm Noonan and board member said it was a privilege to have worked closely with someone for such passion and vision for his craft.

"As a director of Barnstorm for many years I have been privileged to have worked closely with Vincent. Over that time I have grown to admire his passion and vision for his craft and that of creating theatre for young audiences."He has been part of establishing Barnstorm as one of the leading theatre companies in Ireland, producing innovative, original and challenging productions as well as employing many theatre professionals and writers. "Vincent's wider contributions to civic and cultural life in Kilkenny and indeed in Ireland are worthy of recognition. We will miss him but I'm sure he will continue to bring his immeasurable talent to theatre and to the arts in Kilkenny. "

“From lighting and tech support to setting up stages and all the tiny things that go on behind the scenes to create a successful show. He had made us a better drama group and helped us all find our light - literally! On a personal note, Vincent taught me the importance of keeping a steadfast head, willingly shared his decades worth of knowledge, answered my questions, and supported my theatrical endeavours outside of the group. He has done this all in his calm, unassuming manner, an anchor in the wonderful chaos that is live theatre.”

Board member, Margaret Whitely also took the opportunity to wish Vincent well in the future.

“I met Vincent through the Barn Owl Players. He has always been supportive of our group and his expertise in lighting brought an extra level of professionalism to our productions. A true gent whose company I have always enjoyed.”

Former staff member at Barnstorm and friend, Nuala Roche said she was lucky to work alongside Vincent.

“During seven years at Barnstorm I was lucky to have had a mentor, colleague and friend in Vincent. I valued his support as a manager, not to mention his ability to keep spinning plates in the air, without ever dropping one! I wish him a fruitful and rewarding retirement – no doubt he will be as busy as ever.”

Vincent is also a steering group member in the NCFA (National Campaign for the Arts), a volunteer-led grass roots movement advocating for the arts in Ireland. Vincent was also Schools Liaison Officer at TEAM Theatre, Ireland’s foremost TIE (theatre in education) company for many years, and subsequently on their Board of Directors.

A party to celebrate Vincent will take place at the Home Rule Club on July 9 at 5pm - all alumni and friends of Barnstorm are most welcome but people are asked to email anja@barnstorm.ie before July 5 if they wish to attend.