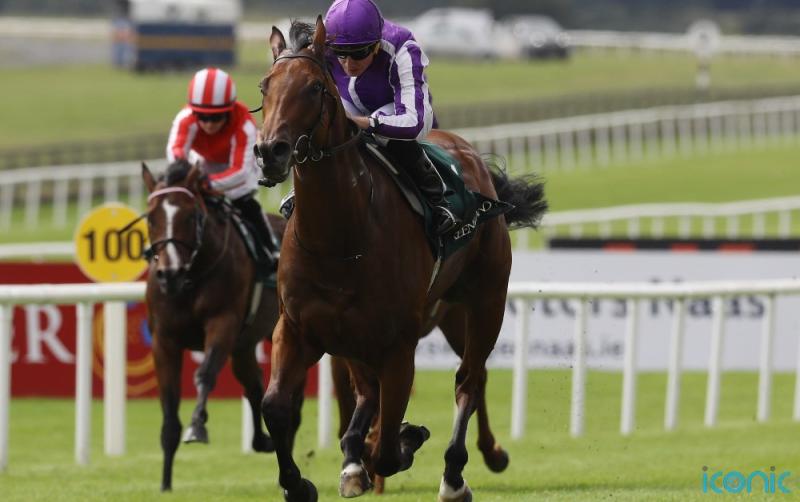 Little Big Bear looks set to miss an eagerly-awaited outing on Irish Champions Weekend after returning “a little bit sore” from his scintillating display in the Phoenix Stakes at the Curragh.

A narrow winner of the Windsor Castle Stakes at Royal Ascot in June, Aidan O’Brien’s youngster successfully stepped up in trip in the Anglesey Stakes before confirming himself a juvenile out of the very top drawer in routing his rivals by upwards of seven lengths on his Group One debut.

The son of No Nay Never had the option of racing over seven furlongs in the Vincent O’Brien National Stakes on September 11, but O’Brien revealed he is unlikely to take his chance.

“Little Big Bear is just not back into full work yet,” said the Ballydoyle handler.

“He’s still a little bit sore and when he hasn’t stepped back into full work we just wanted to make everyone aware that it (the National Stakes) would probably come too quick for him.

“He will tell us when he’s ready – it will be totally up to him.”

O’Brien was speaking after saddling Cairo to win the opening Manguard Plus Irish EBF (C & G) Maiden at the Curragh on Saturday.

The son of Quality Road was the 4-7 favourite after being beaten a head over six furlongs on his racecourse bow three weeks ago and dug deep when challenged to see off runner-up Gulf Of Mexico by a neck.

O’Brien said: “It was a big jump up from six furlongs to a mile and he just got a little bit lonely the last half-furlong, but Wayne (Lordan) was very happy with him.

“He’s a horse that won’t mind going back to seven – he’s not short of class.

“The second is a fine big horse and ran a lovely race. It was his first time out and he’ll improve from that experience. We are just trying to get them out and get them sorted.”