The process is expected to be completed by mid-2018 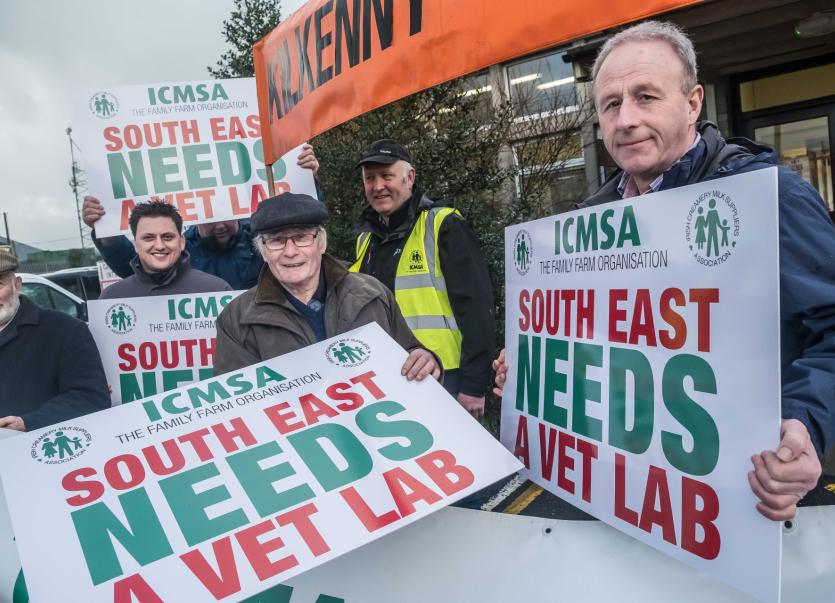 A cost-benefit-analysis is being carried out on Regional Veterinary Laboratories, including Kilkenny.

Minister Michael Creed said: "Following a competitive tender process, my Department has commissioned a cost-benefit analysis of options that have been proposed for the future development of the Regional Veterinary Laboratories.

"It is currently engaged in research work such as gathering financial data, visiting laboratories - including Kilkenny- and engaging with staff and customers through stakeholder events, telephone interviews and meetings.

"The team is expected to complete its work in mid-2018, after which a report and recommendations will be presented to me.

"To date no decision has been taken in respect of the options proposed for the RVLs, including the laboratory in Kilkenny. My Department completed an initial consultative process with all relevant stakeholders on the options for the RVLs during the course of last year.

"Any decision that is made on the RVLs will be informed by both that consultative process and the outcome of the CBA."

Last October, concerns were raised over the future of a veterinary laboratory in Kilkenny that serves the whole of the south-east which has a “shadow hanging over it”.

Speaking in the Dáil back then, Deputy Aylward, said: “The Programme for Government states that the 'next generation of farmers must be supported, to generate farm income, while positioning Ireland as the highest quality food producing nation in the world'.

“There is huge concern in Kilkenny and elsewhere that the six remaining veterinary laboratories may be under threat of closure by the Department of Agriculture, Food and the Marine.

“This is a question that I have been asking the Minister for more than 12 months. We have a laboratory in Kilkenny that serves the whole of the south-east down as far Waterford, taking in Wexford, Carlow, Kilkenny, Tipperary, Laois and south Kildare.

“We have been awaiting a report on the matter for over 12 months. There is a shadow hanging over the laboratory and the people working in it.

“These laboratories provide an essential service for the farmers of this country and must be retained. Why is the Minister dragging his feet on this?

“Why is he not publishing the report and putting the matter to bed for once and for all? It is an essential service that must be retained in Kilkenny to serve the area to which I referred.”

An Taoiseach Leo Varadkar said: “I am afraid I cannot answer it but I will ask the Minister for Agriculture, Food and the Marine, Michael Creed, to contact the Deputies and to provide them with some information.”