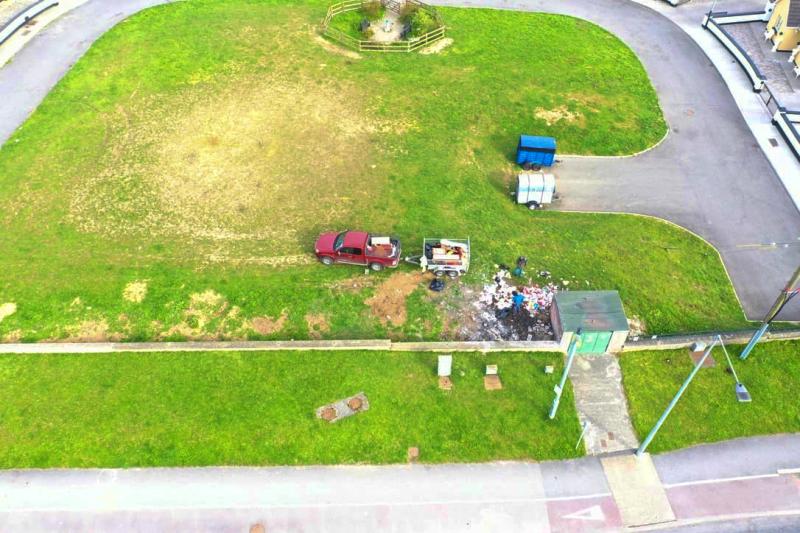 The issue of illegal rubbish burning on the Hebron Road was once again a topic of discussion at this month’s City Municipal District council meeting.

Cllr Eugene McGuinness flagged the issue to fellow councillors and remarked that nothing has been done to deter the activity.

“I think that there’s a serious problem at the Hebron Road halting site and it has been quite visible in recent weeks particularly,” he said.

“We had some members of that community bring out rubbish, computers, anything else they could find, put it to the front of the site and two hours later it was on fire.”

Cllr McGuinness made the point to council officials that by continually sending a private operator to the area to clean up the aftermath, the culprits are effectively “being rewarded for bad behaviour.”

“There have been no fines, to my knowledge,” he continued.

“We now have a situation where the people of Kilkenny are being rewarded for placing rubbish in bins but what we really want is people prosecuted for not doing it.”

Cllr Maria Dollard made reference to the seriousness of the issue when addressing the comments made by Cllr McGuinness, but added that the volume of rubbish being burned could not have emanated solely from the Travelling community.

“This issue came up at the recent LTAC (Local Traveller Accommodations Committee) meeting where the point was made that at the Traveller accommodation domestic refuse is completely collected by licensed waste collectors,” she said.

“There are people from the settled community who are not paying their waste charges who are allowing unlicensed collectors to collect their rubbish.

“This has been acknowledged by council officials who are very aware of the amount of rubbish being talked about,” she added.

“It’s coming from other places and is ending up at their premises through various routes.

“This points to a bigger problem that people are not paying refuse charges.”

Cllr Eugene McGuinness requested that information from council officials on the matter be presented at next month’s meeting.

“I’m wondering when is this going to stop?It’s just ridiculous to me that here in Kilkenny we have singing bins but silent cameras.”