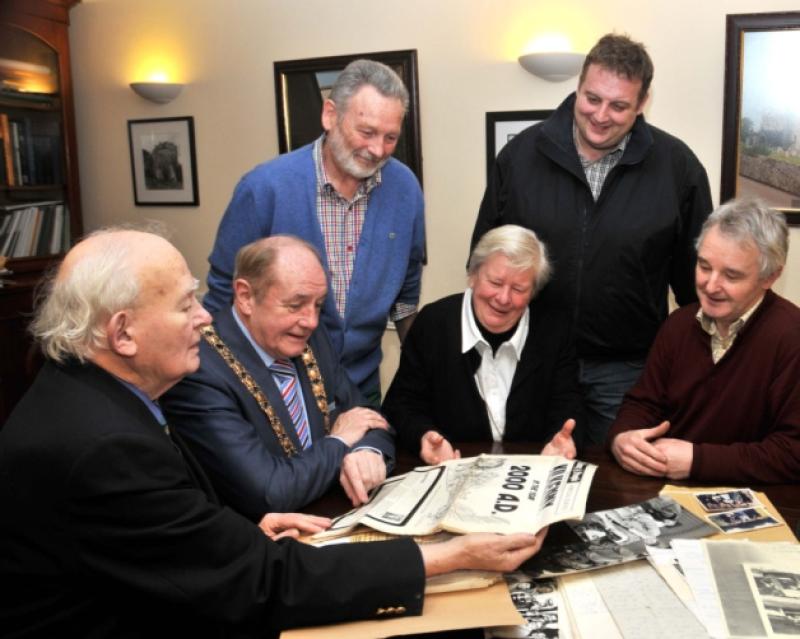 The personal papers of Kilkenny’s first ever female mayor - Margaret Tynan - have been gifted to Kilkenny Archives in what will surely be a milestone moment.

The personal papers of Kilkenny’s first ever female mayor - Margaret Tynan - have been gifted to Kilkenny Archives in what will surely be a milestone moment.

Elaine Bradshaw handed over the personal collection of the eight-times mayor to members of Kilkenny Archives in the presence of incumbent mayor, Martin Brett last Monday at The Tholsel.

The detailed collection will give a remarkable insight in to a remarkable lady - elected Mayor of Kilkenny back in 1969.

At that time, women in politics was extremely rare yet through her honest endeavour and talent Margaret became the mayor on a record breaking eight occasions - her final term coming in 1997.

Brendan Conway of Kilkenny Archives was delighted that they could “participate in their duty of making these papers available to researchers and members of the general public to view at their premises at St Kieran’s College.”

For Elaine, it was a particularly poignant occasion as the lady she shared her life with for so many years, and who worked so hard for the people of Kilkenny, will be remembered for generations to come.

Indeed Elaine remarked on one particular obstacle a female politician had to overcome compared to male counterparts - and that was style. As Elaine said, a suit will do for the men but for the ladies, a change in outfit was required for virtually every function.

Mr Conway said the papers were from the first local politicion, and it would be a “load star to attract further requests” from others.

He also remarked that when he arrived in Kilkenny from Clare he was advised to make the acquaintance of three women - Senator Lady Desart, Mrs Phelan and an up and coming local politician, Margaret Tynan.

Among the papers was a commemorative production from The Kilkenny People of a vision of Kilkenny in the year 2000. Peter Seaver, another member of Kilkenny Archives and the former advertising manager of this newspaper, remembered working on the project with Mayor Tynan.

Mr Seaver thanked Kilkenny Corporation for their endowment and support of Kilkenny Archives.

Mayor Brett remarked on the role the Liber Primus has played in understanding the historical development of Kilkenny, but said that there is a gap in the immediate history of the city. The fact that the papers of the city’s first lady Mayor, who served Kilkenny with such disticntion and who gave up so much of her personal time to the betterment of Kilkenny people, will make for a fascinating insight.

Ms Bradshaw thanked Kilkenny Archives for taking custody of Mayor Tynan’s papers and said that Margaret would have had one question - Why me? A quick study of the papers, her role in the civic life of this city spanning five decades and her many contributions to the well being of its citizens would certainly have answered that.