He’s making a list... Santa Run is coming to town 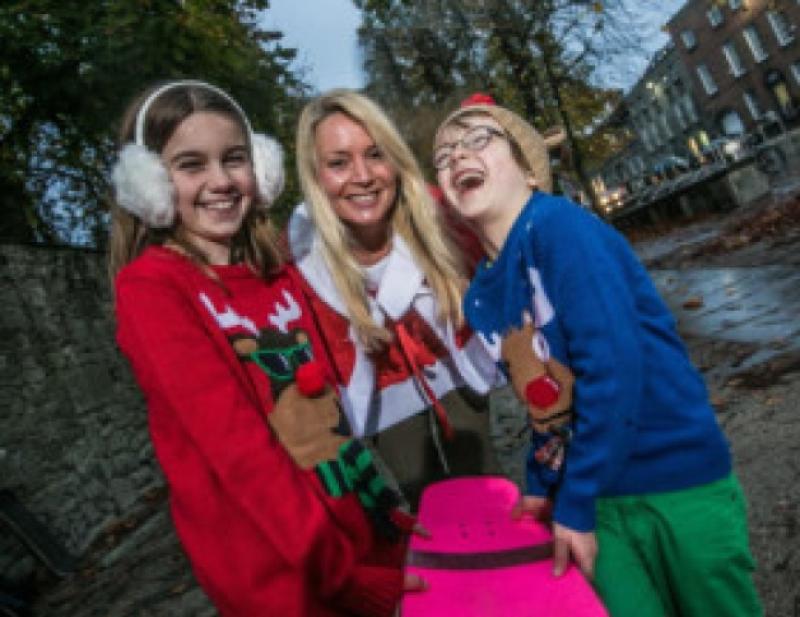 If last Saturday’s Nun Run wasn’t enough running around in costume, get set for this weekend’s ‘Santa Run’, which is also for a good cause.

If last Saturday’s Nun Run wasn’t enough running around in costume, get set for this weekend’s ‘Santa Run’, which is also for a good cause.

Several hundred Santas, Mrs Claus, elves and reindeer are coming to town for the 2013 Kilkenny Santa Run, which takes place this Saturday, December 14. The family friendly event has been a well loved and much anticipated start to the festive season in Kilkenny, with over 400 taking part last year.

This will be the fourth Kilkenny Santa run and it’s looking like this is going to be the biggest one to date. Santa, Mrs Claus and all their helpers can register online on runireland.com or from 7.30am to 7.30pm in the Scouts Den on December 13, or from 8.30 on the morning of the run itself at the River Court Hotel.

Some Santa suits and hats will be available for purchase on the morning of the run, but please come prepared to avoid disappointment.

Along with a 5km fun run, there is also a 10km timed race to cater for those who want to squeeze in a personal best time before the year ends. The run starts from the Canal Square and ends on the Parade where there will be free goodies given out, and the finishers can enjoy a professional massage.

All the proceeds from the Santa Run go to charity each year. The money raised from this year’s run is going towards the Kilkenny Skate park Campaign. Spokesperson from the Skate park campaign in Kilkenny, Mick Greene said it would make a significant difference to the campaign and further increase the chances of an indoor skate park opening in 2014.

“There is a real buzz building about the run and we are confident we will exceed last years number of 400 Santas,” he said.

The event will be on Saturday, December 14, with a 10am start for the 10km and 10.30am start for the 5km. To enter just log onto http://www.runireland.com/active/all-events and look up Kilkenny Santa Run 5km & 10km on the 14/12/2013. All participants in the run need to be dressed as Santa, Mrs Claus or in a suitable festive theme. A limited number of costumes will be available for sale on the day or they can be purchased in advance from James Choice store on James Street.