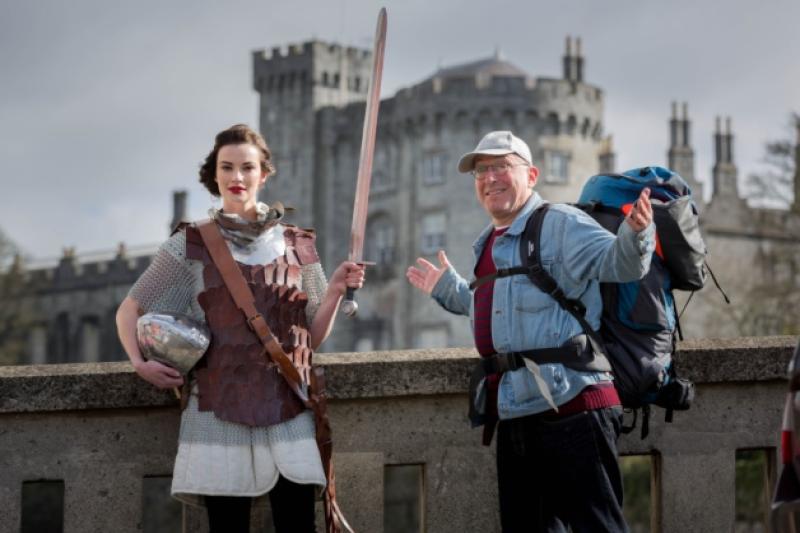 The new tourism iniative, which will be promoted and supported just like the Wild Atlantic Way, will feature the culture and heritage of the east coast of Ireland - from Newgrange to Waterford.

And the Marble City’s medieval heritage is at the core of it’s promotional drive - with the Medieval Mile being pushed as a key destination for the 8 million tourists who come to Ireland each year.

Failte Ireland hope to see an increase of 20% in tourist numbers, and a further €25m in local coffers on the back of this drive.

For Kilkenny Tourism, it’s a significant boost as Chairman Colin Ahern was delighted - “We welcome this announcement and always had positive hopes that Kilkenny would be included in the new east and south tourism experience. This puts Kilkenny firmly on the map as the Medieval capital of Ireland especially with new development of the Medieval Mile and host of Ireland’s only Medieval Week. The news couldn’t have come at a better time for us, now we can celebrate in medieval style during Medieval Week!”

The main focus for Kilkenny are the early Christian sites at Jerpoint Abbey and St Canice’s Cathedral and the Medieval Mile which also includes the cathedral and of course Kilkenny Castle along with Rothe House.

The news has been welcomed by local by local Minister of State, Ann Phelan who said “Ireland is known as the island of saints and scholars with church buildings and ancient ruins dotted throughout the country side. In Kilkenny, we have a wealth of heritage on offer and are proudly and rightfully classified as the heritage capital of Ireland.”

TD John Paul Phelan added “I believe that it will prove to be as significant a game-changer for the east and south of Ireland as the Wild Atlantic Way has been for the west. To ensure its success, it will be imperative that everyone in the region now get behind the initiative.”

“I know as a representative for Kilkenny City how strong the tourism offering is. However, other parts of Kilkenny are not attracting the same numbers. This is an issue that will be addressed through Ireland’s Ancient East, “ said Councillor David Fitzgerald, a Fine Gael by-election candidate and a former Chairman of Keep Kilkenny Beautiful.