Glamorous Siobhan is tops with the public 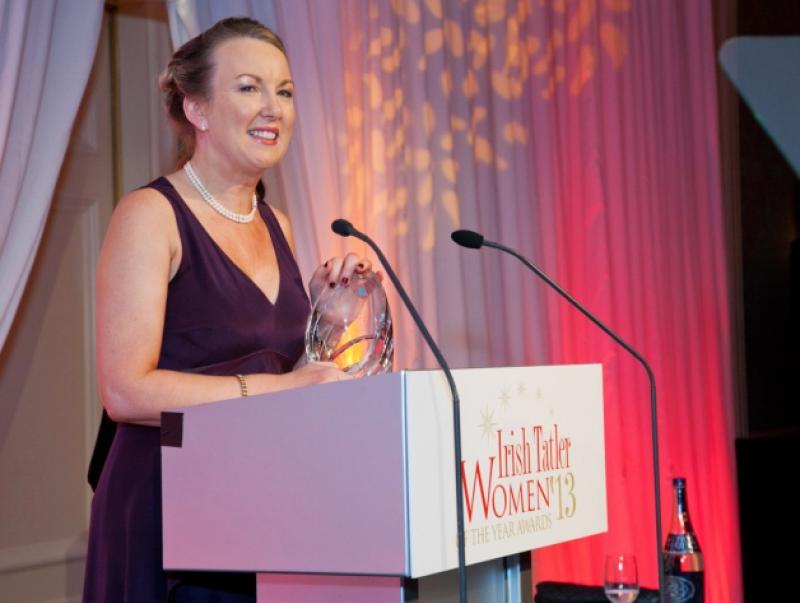 The South Kilkenny woman was voted Irish Tatler’s Business woman of The Year at a function in Dublin over the weekend.

The Irish Tatler Women of the Year Awards were held on Saturday at a glittering awards ceremony in the Four Seasons Hotel where a total of 16 awards were handed out to some of Ireland’s leading women from the worlds of business, media, entertainment, fashion and music.

Siobhan took home the Irish Tatler Woman of the Year Business Award in a year that saw her announced as the Group Managing Director of Glanbia a first for Ireland as she became the first ever woman to head up an Irish PLC.

Faced with hundreds of nominations across all of the categories the judges had the daunting task of choosing the overall winners. The judges included Norah Casey, Jessie Collins, Mary Harney, Mary Davis, Kathryn Thomas and Claire Duignan. Siobhan Talbot was shortlisted by readers of the Irish Tatler alongside a number of other leading business women from CRH, Vodafone and other Irish businesses. The judges selected Siobhan for the overall Award, in recognition of her being the first Irish woman to take up the leadership of a publicly quoted company of real scale and of global recognition.

The Irish women’s rugby team received the Irish Tatler Women of the Year Sport Award for their skill, passion and dedication in for capturing the hearts of the nation and breaking down the barriers for Women’s sport in Ireland.

Child abuse survivor Fiona Doyle was honoured with a Special Recognition Award for her brave fight for justice after years of abuse suffered at the hands of her father.

Majella O’Donnell was recognised with a Special Achievement Award, for decision to shave her hair on live TV to raise money for Cancer Research, having also just been diagnosed with cancer herself. To date she has raised over €600,000.

Harmonia CEO Norah Casey said “I love these awards because they are so inspiring – what could be more inspiring than celebrating the best women in Ireland.