Calls for task force to attract jobs to Castlecomer 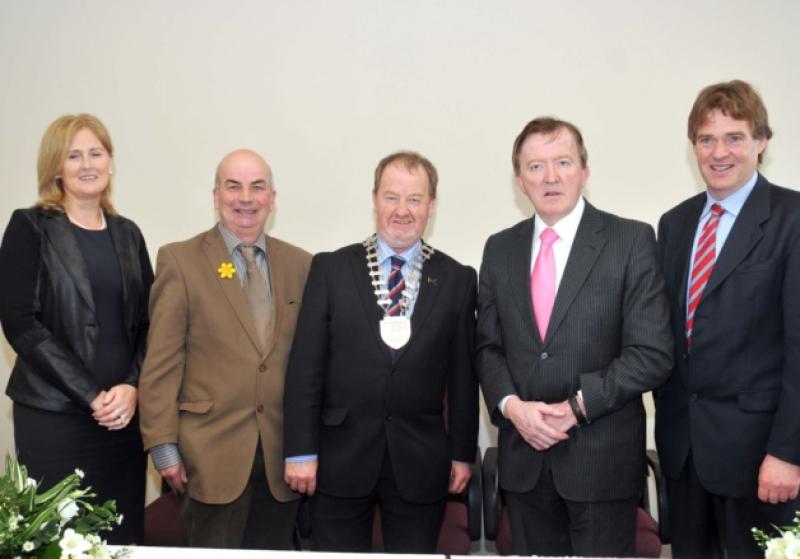 A new task force to boost employment in Castlecomer is needed according to the chairman of the Kilkenny County Development Board, Cllr John Brennan.

A new task force to boost employment in Castlecomer is needed according to the chairman of the Kilkenny County Development Board, Cllr John Brennan.

Cllr Brennan outlined how in the 1960s and 1970s there was 600 people employed in the mining industry locally.

“In 1969 the area was devastated with the closure of the mines and the loss of 600 jobs but the local community rallied around and came together to establish a special task force, which resulted in the establishment of four new factories in the area, with the creation of over 500 jobs.

“Unfortunately all of these factories are now closed and since then there has been no real significant investment in the area,” he said.

He called on the Minister to liaise with all the state agencies, including the IDA, Enterprise Ireland and the Government on the establishment of a new task force for the area

He also said that the region has an unemployment rate that is 5% higher than the national average which highlights the need for a task force to be setup to ensure that employment opportunities are readily available for future generations.

Cllr Brennan also stressed the importance of the continued support of the Discovery Park.

“It is vital to maintaining the 40 jobs that have been created and with continued support I have no doubt that more jobs can be created,” he added.

He was speaking at a seminar on Job Creation at The Enterprise Centre in Castlecomer last Friday.