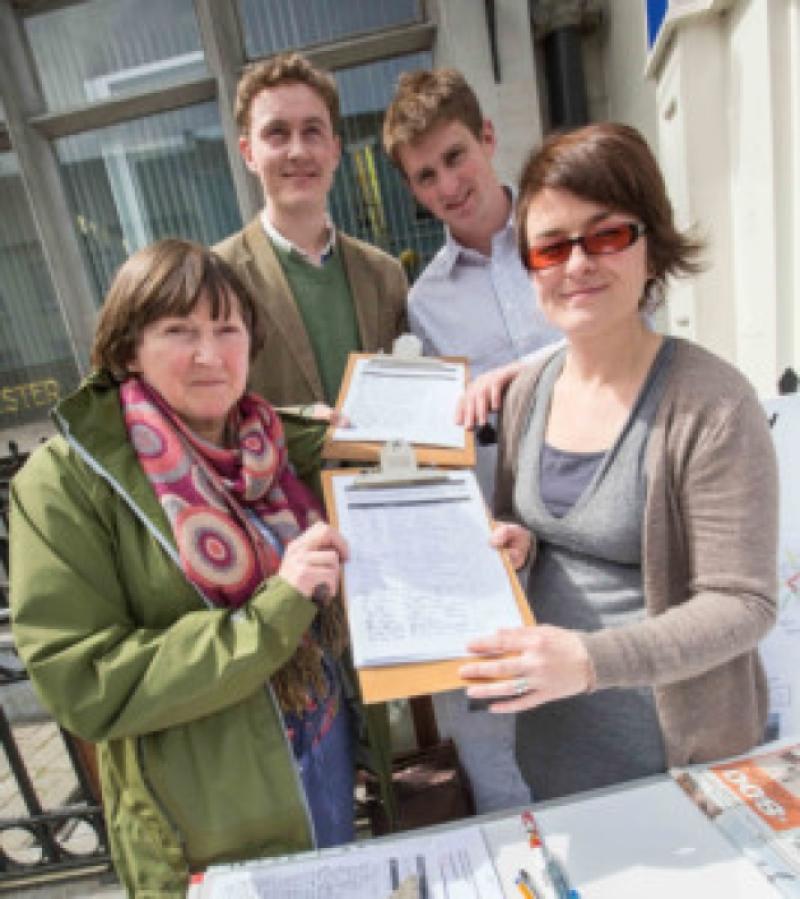 SEVERAL of Kilkenny’s leading figures in the areas of tourism, heritage and archaeology – as well as local residents – have come out strongly against the imminent demolition of a number of historic buildings and the altering of one of the city’s oldest streetscapes, due to take place in the coming days.

SEVERAL of Kilkenny’s leading figures in the areas of tourism, heritage and archaeology – as well as local residents – have come out strongly against the imminent demolition of a number of historic buildings and the altering of one of the city’s oldest streetscapes, due to take place in the coming days.

Three historic houses on Vicar Street are to be demolished, while the medieval Irishtown will be considerably altered to make way for the new Central Access Scheme road. The project is expected to cost the taxpayer €10.7 million.

A new group, comprising a mix of local residents, authorities on heritage and history, and local representatives, are calling for the works to be halted. Calling themselves ‘Complete the Kilkenny Ring Road’ (CKRR), they believe that the fabric of these buildings is highly likely to be medieval, unique in Ireland, and the project warrants further in-depth investigation before demolition.

The buildings are listed as Recorded Monuments and are on the National Inventory of Architectural Heritage. The group, whose members include chair of An Taisce Declan Murphy, archaeologist Coilin O’ Driceoil and Green Party councillor Malcolm Noonan, is currently awaiting clarification from the Department of Heritage as to why these buildings have not been designated ‘National Monuments’.

CKRR is urging the local authorities to complete the western section of the ring road in favour of starting the development of the CAS, which they say will damage the historic integrity of the city, bringing heavy volumes of traffic into its core and negatively impacting on Kilkenny as a tourist destination. The road will connect the Castlecomer Road (north) with the Callan Road (west), via Dean Street, the Kennyswell Road and the Circular Road, bringing HGV traffic through an area which is residential and designated as an ‘Architectural Conservation Area’.

At the most recent meeting of Kilkenny Borough Council, it was revealed that the expected cost of the project has risen by 25% to €10.7m. CKKR say that this figure will significantly impact on the council’s capital budget, which could otherwise be spent on the completion of the ring road – an option which they say would satisfactorily deal with the current traffic congestion problems, keeping traffic out of the city centre and maintaining the integrity of the historic core of the city.

To date, a petition started by the Kennyswell Road Residents Group, now actively supported by CKRR, has collected 2,500 signatures from local, regional and national petitioners. That number is growing daily.

The online petition against the development of the CAS can be found at www.change.org/en-GB/petitions/kilkenny-borough-council-prioritise-completion-of-kilkenny-ring-road-over-the-central-access-scheme.