Run in the dark for Mark Pollock Trust 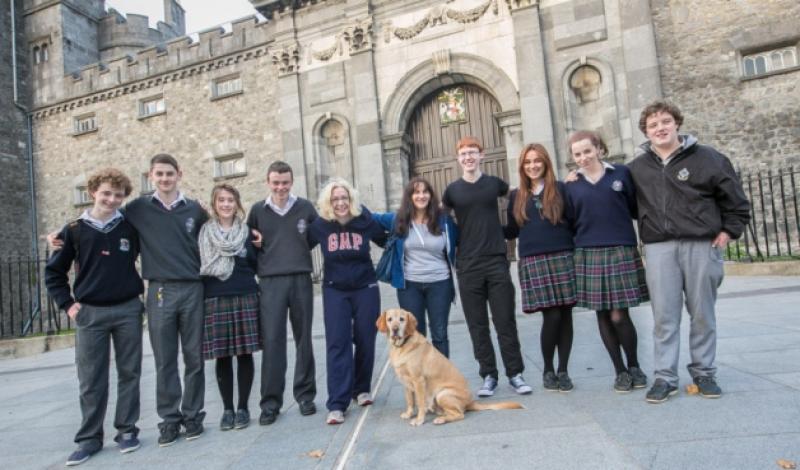 A Kilkenny woman is organising a pop-up run around the city next month to help raise funds for the Mark Pollock Trust.

A Kilkenny woman is organising a pop-up run around the city next month to help raise funds for the Mark Pollock Trust.

Mark is the partner of Gabrielle Baldwin’s cousin and she is the brainchild behind bringing the event to the city. Hundreds of people are expected to participate in the run which will take place in cities around the world at 7.30pm on November 13. The monies raised will go directly to the Mark Pollock Trust which aims to support and help paralysed people and enable them to walk again.

The trust was founded shortly after Mark fell from a second story window in 2010 and broke his back which left him paralysed. Sadly, this was not Mark’s first tragedy. 12 years earlier at the age of 22, he lost his sight. But, then he defied his blindness and went on to compete in ultra endurance races across deserts, mountains, and the polar ice caps. These challenges include a race to the South Pole, six marathons in seven days in the Gobi Desert; and the Tenzing Hillary Everest Marathon. He also won silver and bronze medals for rowing at the Commonwealth Games.

As the blind adventure athlete lay in hospital, blind and paralysed his supporters knew that even though he was struggling, he would meet this new challenge head on. To fund his ambition to walk again, they created the Mark Pollock Trust.

“Mark is family and to me family means pulling together for each other’s good. Mark is my cousin’s partner so I have met him from time to time over the years at family occasions. We were all saddened by Mark’s accident and wished there was something we could do. I am doing this because I can. When Mark had his accident I wasn’t in a position to offer any kind of support other then some text messages and emails and I swore to myself that when I could I would. Mark is wonderfully good humoured and affable and is an inspiration to us all,” said Gabrielle.

Commenting on his mission, Mark says, “I believe that the cure for spinal cord injuries simply requires enough of the right people having the will to make it happen. It is my mission to find and connect those people around the world to mainstream what is currently on the fringes.” The route will be emailed to all Kilkenny entrants when it has been finalised. To register see www.runinthedark.org