LEO is the new one stop shop for business 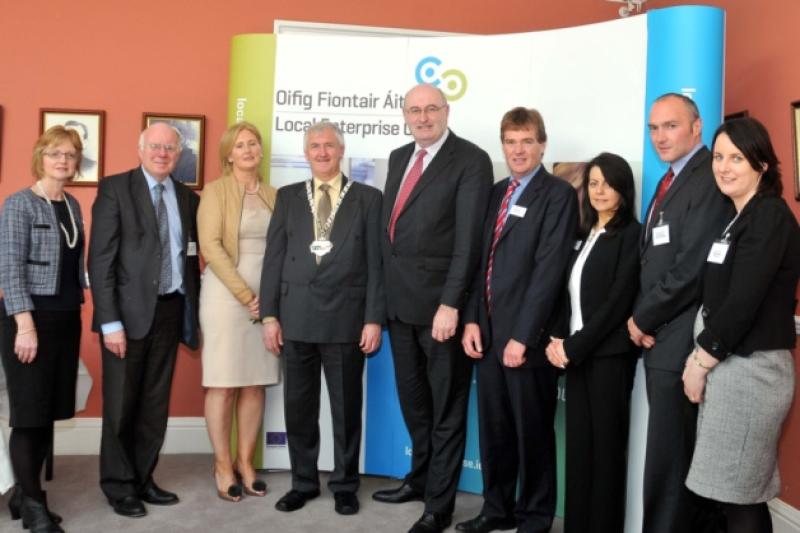 A new era in government funding for enterprise - both as a policy and at local level - was ushered in on Monday last at County Hall as the Local Enterprise Office was officially declared open.

A new era in government funding for enterprise - both as a policy and at local level - was ushered in on Monday last at County Hall as the Local Enterprise Office was officially declared open.

Once the gambit of the Kilkenny Enterprise Board, government policy has decreed that their workings will now come under the remit of the Local Authority - so as Chairman of the Council Pat Dunphy said it’s a one stop shop for startups and small to medium enterprises.

Minister for the Environment Phil Hogan was on hand to declare the new strucutre up and running and noted the change made was all part of the reform of local government and the integration of services.

The Minister stated that creating jobs would be crucial and noted the work the government had achieved adding that the new councilllors elected in May must make local enterprise “centre-stage” of their work. The Minister noted that 90% of job creation in Kilkenny is not down to any IDA visit but down to the ability of small business toexpand. He encouraged risk takers and assured any one in business that they would receive strong support from the Local Enterprise Office.

Cllr Dunphy in his opening remarks said the new offices would offer better and improved support for start ups and small business. He said the LEO would now be the first port of call for those looking for advice, mentoring, support or funding.

Prior to the meeting, which was attended by members of the Oireachtais, County Manager Joe Crockett, local councillors, members of the business community - a minute’s silence was held in memory of the late Mairead Moran of Kilmaganny.