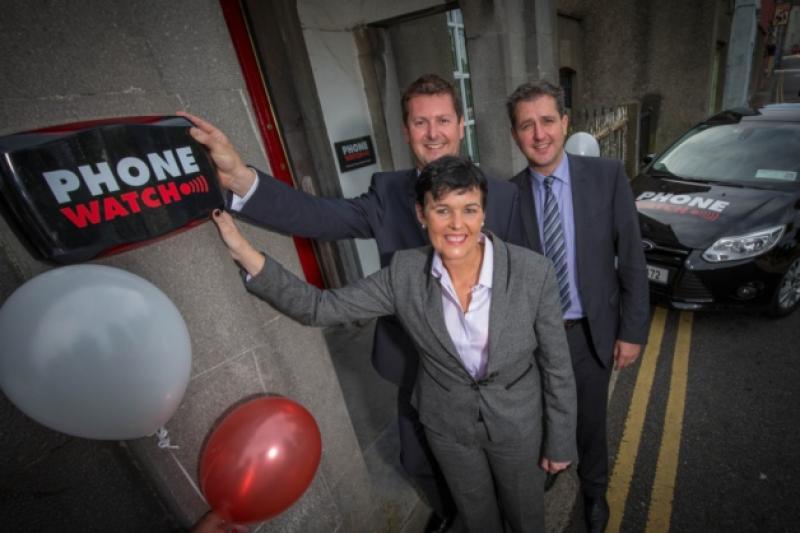 Up to fifteen new jobs have been created by PhoneWatch Ireland, the home secutiry firm as the company has oepned its first branch in the South East - located at john’s quay, Kilkenny.

Up to fifteen new jobs have been created by PhoneWatch Ireland, the home secutiry firm as the company has oepned its first branch in the South East - located at john’s quay, Kilkenny.

And the sales manager at the new office is a native of Galmoy - Ashling Delaney.

“This is a very exciting opportunity for me personally and I’m thrilled to be leading the growth of the PhoneWatch business in Kilkenny. We expect to create up to 15 new jobs, mostly in the sales field and will serve households all over Kilkenny and surrounding areas. We will make it easy for new customers to become part of PhoneWatch with our sales teams calling to their homes to discuss their needs.” she said. Recruitment for positions is already underway,” said Ashling.

Earlier this year PhoneWatch announced that it was expanding its operations in Ireland and the Kilkenny office is the first to be opened outside Dublin as part of this nationwide expansion programme.

Jonathan Bunce, Sales Director, PhoneWatch said that the company is delighted to be opening an office in Kilkenny. “PhoneWatch is the most popular residential monitored security company with over 100,000 customers in Ireland. We’ve been a household name for over 23 years and we are delighted to be establishing a regional office in Kilkenny. Kilkenny is an excellent location for us and will be a hub for our business in the region.”

Part of Sector Alarm Corporation, the second largest home security company in Europe, PhoneWatch employs over 200 people in Ireland and plans to grow to add another 200 jobs as it opens new sales offices across Ireland.