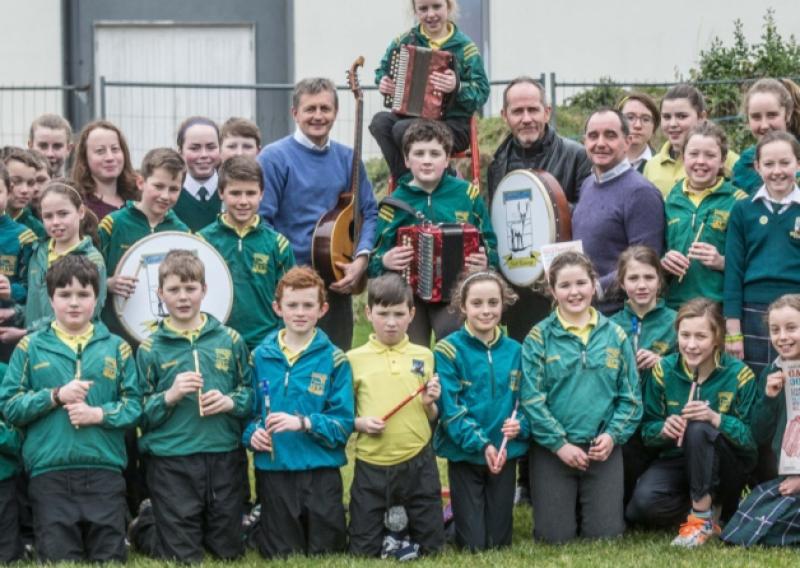 Final preparations are taking place as the school’s senior choir members and musicians prepare to join some of Ireland’s best performers on stage at the city hotel in what will be a night to remember for local music fans.

A huge addition to the night is the fact that Maitiú Ó Casaide who has this week been named as Young Traditional Musician of the Year will perform on the night with his Dad and uncles who make up Na Casadaigh, including uncle and local GP Seathrún Ó Casaide. This will be Maitiú’s last public appearance before he is presented with his award at the televised ceremony in Cork’s Opera House on Sunday.

Also on the bill is multi-award winning singer Nell Ní Chróinín, former teacher in Gaelscoil Osraí, and this year’s winner of Corn Uí Riada, effectively the All Ireland senior title in sean-nós singing, an award which has rarely been young by such a young woman. Her neighbour and world-renowned singer with The Gloaming and the Afro-Celt Sound System, Iarla Ó Lionáird will be joined by West Kerry based Australian guitarist and composer Steve Cooney. Tickets for the Lyrath celebrations are available at €20 from Gaelscoil Osraí, from Rollercoaster Records and online from www.osrai.com