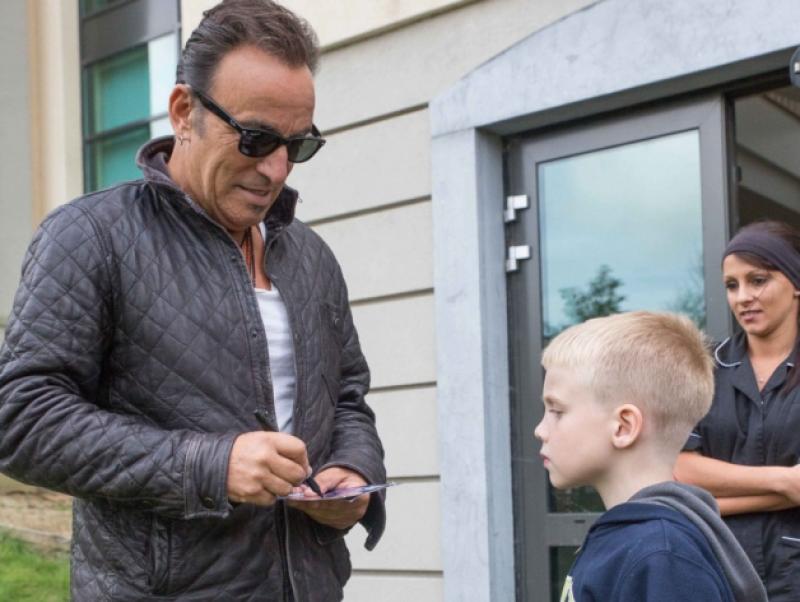 Millions of euro was pumped into the local economy last weekend when Bruce Springsteen and the E Street Band rocked into Kilkenny for the grand finale of the Wrecking Ball World Tour.

Millions of euro was pumped into the local economy last weekend when Bruce Springsteen and the E Street Band rocked into Kilkenny for the grand finale of the Wrecking Ball World Tour.

Hoteliers and publicans enlisted extra staff to cope with the massive surge in business with one pub in John Street almost running dry on Saturday night.

Tens of thousand of revellers descended onto the Marble City for the weekend to enjoy one of music’s all time legends.

Hotels were booked out months in advance and pubs did a roaring trade as people partied into the night.

There were no serious incidents of public order with gardai reporting ‘nothing out of the ordinary’.

National President of the Vintners Association Gerry Rafter described it as ‘a wonderful weekend for the city’.

“I have spoken to the gardai and it was trouble free. We are really delighted with how it went. It is a huge boost not only for publicans but also for hoteliers and all retailers,” he said. “Going back ten years there were concerts in Nowlan Park on a regular basis and it would be great to see this returning. Hopefully we can look forward to more concerts at this venue,” he added.

Willie Meighan of Rollercoaster Records said that it was ‘the most amazing weekend ever for Kilkenny as far as I’m concerned’. Mr Meighan also remarked that the feedback had been hugely positive.

“Lots of first time visitors had nothing but good things to say and were all promising to return,” he said.

He also praised the hundreds of people who worked around the clock to ensure that concert-goers were taken care of.

“The service providers in town deserve huge credit for looking after everyone so well too. I think it got kilkenny out there on the international stage more than anything that went before. One of the Italian fans who’d been at 20 plus shows on the tour said Kilkenny was the most beautiful and friendliest he’d visited and was planning on coming back with his family next year,” he said.

He urged the business community to join together to try and ensure that more concerts are secured for the city.

“I think the business community need to get together and make it happen every year. We need to make them have Kilkenny top of the list as a venue,” he added.

Meanwhile concert-goers were full of praise for the event which was hassle free. Approximately 27,000 people attended on each night and remarkably the level of public order arrests remained the same as on an average weekend.

Superintendent Padraig Dunne praised the ‘well-mannered’ crowd. “It was well run and trouble free. There were only a handful of people asked to leave and that was because they were inebriated.

“Overall it was a successful event and the traffic and public order plans that were put in place worked which was largely due to the co operation,” he added.