Duiske marks 60 years and looks to the future 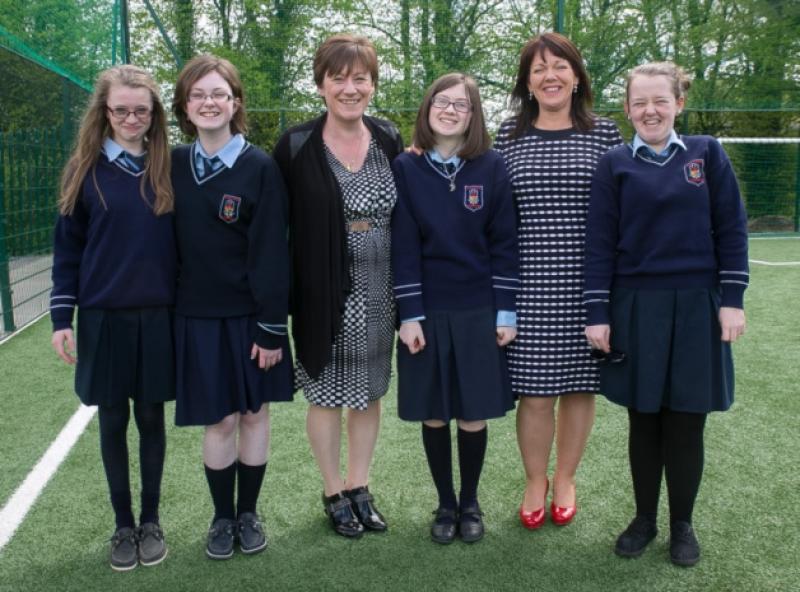 The weather broke just at the wrong time and threatened to spoil the whole affair, but an indoor contingency plan saved the day at the 60th anniversary celebrations of Duiske College.

The weather broke just at the wrong time and threatened to spoil the whole affair, but an indoor contingency plan saved the day at the 60th anniversary celebrations of Duiske College.

As well as the memories and the nostaliga of six decades gone by, it was also a day for looking forward to the future, with the official opening of the new educational and sporting facilities. Hundreds of locals turned out to see the ribbon cut on the sparkling new astro-turf pitch and centre.

The Class of 1954 – the first group of students to ever go through to the school – were back in the classroom to see how far things had come at their alma mater. They took a roll call as in times past, and those who answered ‘anseo’ took a moment to remember the ‘as lathairs’.

The official unveiling of the new facilities is a huge milestone for the Barrow Valley Community Development. The plan is to turn Graignamanagh into a tourism hub with an ambitious project financed by Kilkenny County Council, Kilkenny Leader Parternship, and the local community.

It includes the new pitch, tourism infrastructure, a tourism centre, a marina and other outdoor pursuits. Now a substantial part of the overall €994,000 project has been completed.

Principal Pat Murphy thanked all who came on the day and the community for their support. There was a special mention from a number of the speakers for the late Ted Duff, who played a big role in making it happen.

Local TD Ann Phelan, herself a past pupil of the school, said the new development could act as a catalyst to drive Graignamanagh forward.