First-time Fennelly has his finger on the pulse 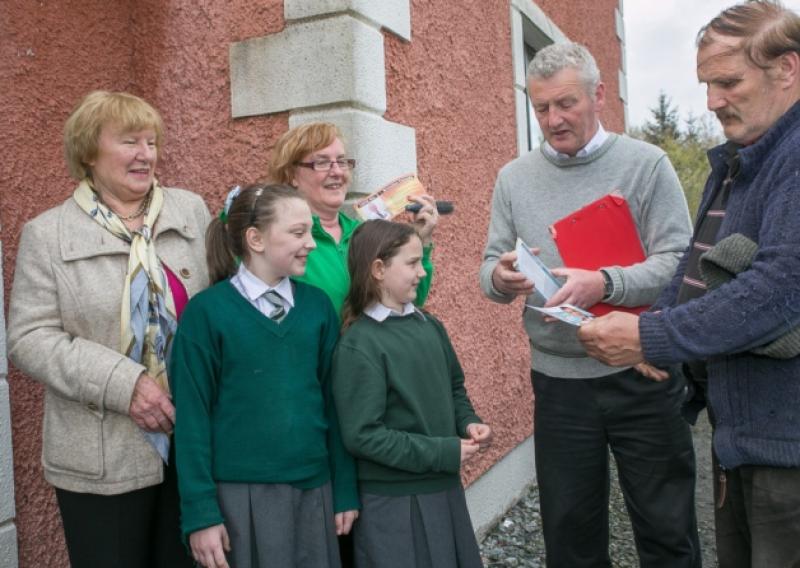 There are few families more well known in Kilkenny than the Fennellys. First-time local election candidate Brendan Fennelly may not have been on the council or even the ticket before, but from his playing days or with his coaching hat on, his hurling CV is well known.

There are few families more well known in Kilkenny than the Fennellys. First-time local election candidate Brendan Fennelly may not have been on the council or even the ticket before, but from his playing days or with his coaching hat on, his hurling CV is well known.

It’s usually helpful for a politician to have a large family, but even one such as the Fennellys might be of little direct advantage for him, as most of them are caught up in new electoral areas. Ballyhale is no longer in the southern area for the local election; instead, it is in the eastern area along with Thomastown.

Over a cup of tea in his kitchen, I ask Brendan what things have been coming up on the doorstep. His wife Breda, a nurse, is also at home, as is his daughter Shauna (one of four children), studying for her Masters degree.

“In Piltown, pylons are a big issue,” he tells me.

As we set off on the canvass, we are joined by Brendan’s mother-in-law, Moira Hickey. In 1979, her husband John died at a Fianna Fail selection convention, after receiving a standing ovation having been nominated.

It’s 36 years on now and she is out on the canvass again. Moira knows the lie of the land, who’s in what house, and which party or candidate they may support.

“You have to respect the political affiliations,” she says.

There’s six votes in the first house we come to, and they are all Brendan’s, says Margaret Holland. Her husband Pat tells me his main concerns are pylons, and the condition of local roads.

“The stretch of road into town is wicked, and the one out toward Callan is getting bad,” he says.

Brendan acknowledges this. He says that people going into town have actually started driving for Knocktopher and getting on the motorway, to avoid the road.

The condition of roads and lanes is an issue that re-surfaces at another house. At the back door, Tom Phelan and Brendan chat about the lengthy pot-hole-ridden road – a council lane – on the way up to his house. He’s not having any luck getting it fixed, and Brendan will talk to him again about it.

“This area has been like an ATM for criminals coming down,” says Brendan.

“I have been at two houses that were only just after being robbed – one that morning. It happened to us here as well. Every house, every front door is fully locked up; they’d be a while opening them when you knock.”

The local Garda station is closed up much of the time. The guard who looks after the area is based in Thomastown.

“People are closing gates that never closed gates before in their life,” says Moira.

The 13 candidates officially contesting the Piltown area will be trying to get as many of these isolated homes as they can. There is some worry that with Pat Crowley stepping away from politics, and Matt Doran in the West now, there is a paucity of candidates from the borders of Dunnamaggin down as far as Piltown. The register shows 280 voters in Windgap, 200 in Tullahought, and 400 in Kilmoganny. Piltown has over 1800.

With veteran politician Bobby Aylward directing their campaign, the five Fianna Fail candidates had carved up the areas in the months beforehand, each sticking to his or her own locality. With around 17,500 voters registered in the area, they had roughly 3,700 each to canvass before.

But since last Thursday, it’s now open season, and they will spend the final three weeks going wherever they please.