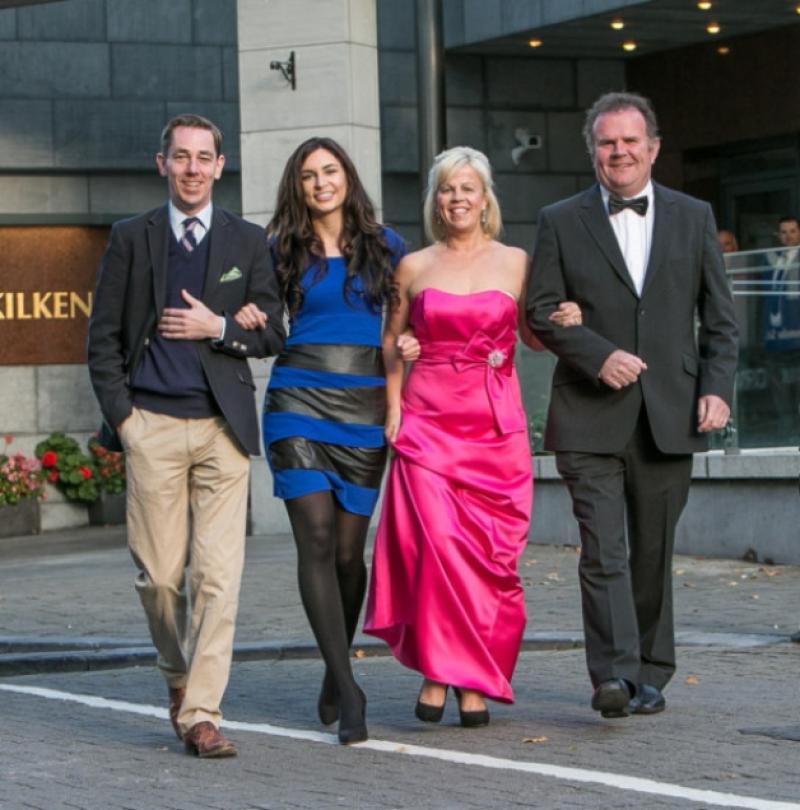 The event which promises to be a social highlight on the festive calendar is the charity’s biggest fundraiser to date and it is hoped that the proceeds will help to improve services for those affected by suicide in the city and county.

Special guest on at the glittering ball, which will take place at the Ormonde Hotel is FAI Chief Executive, John Delaney.

Angela Hayes and her son Alan touched the hearts of the nation in January when they appeared on the Late Late Show and shared their family’s story of how they lost their husband and son and father and brother to suicide. The Thomas Hayes Trust was formed with the objectives of assisting groups working with youth development, suicide prevention and counselling. It is hoped that the proceeds from the ball will go towards funding a full-time premises for the charity where people can go to avail of support and counselling.

“The long term plan for the premises would be a service open full time, 24 hours a day, 365 days a year. Initially we propose to open from 8am until late with a counsellor on site up until 8pm, and a receptionist to take calls after 8pm. A counsellor would be on call and available to arrive at the premises at any point in time,” said Angela.

“There are plenty of people that are willing to volunteer for the trust and provide support to the premises by offering their time and skills,” she added.

Tickets are priced at €40 and include a four-course meal, a pre-dinner drinks reception and music by ‘The Works’ and are available from Rollercoaster Records and the Ormonde Hotel.