Medal haul for St Patrick’s BC 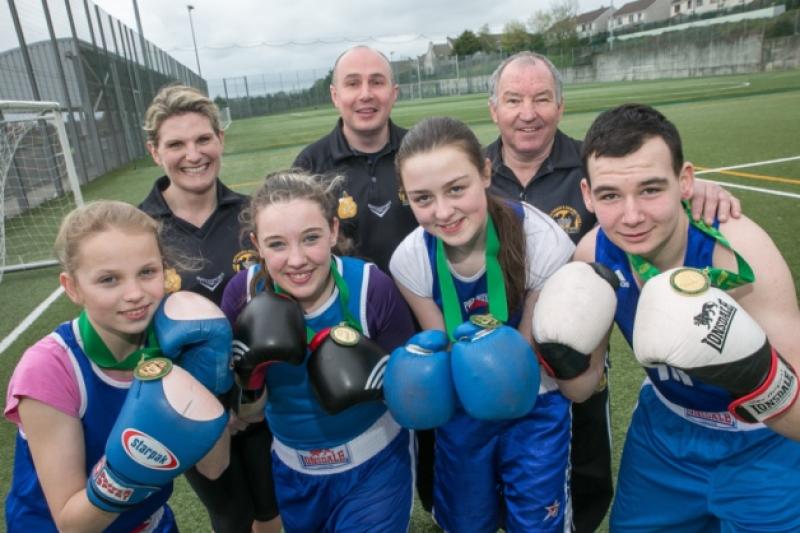 The young pugilists of St Patrick’s Boxing Club fought their way to Leinster success recently, at both the girls’ and boys’ championships.

The young pugilists of St Patrick’s Boxing Club fought their way to Leinster success recently, at both the girls’ and boys’ championships.

The city club has gone from strength to strength in recent months, following its revival in late 2012.

In this latest round of silverware, it was the boys who struck first. Ben Mcallister took the ‘Boy 3’ title at 75kgs in Ryston BC in Kildare.

Following that, the club entered three girls in the championships in Dundalk. After all three made it into the finals, Sharon McCorrigan took the first in the ‘Girl 2’ class at 42 kgs, with a unanimous decision over her Wicklow opponent.

Courtney Kelly then brought home gold in the ‘Girl 4’ 52 kgs class and Jenny Blanchfield made it a clean sweep with a fine win over her Ryston opponent in the ‘Girl 4’, 75 kgs class.

Family, friends and club coaches were overwhelmed with the achievements, as it made the club the most successful club who participated within the Laois /Kilkenny/ Carlow/ county board in the girls championships. The girls will now compete in the All-Ireland championships in the national stadium this coming weekend (May 9 and 10).

St Patrick’s BC was originally founded after World War II in 1946, and was a major force in Irish boxing for decades. But in the early 1990s, a fire destroyed the old hall, and for years the club languished.

It was revived two years ago, and is enjoying a fine run of success. Training continues in the Watershed on Mondays, Thursdays and Saturdays.