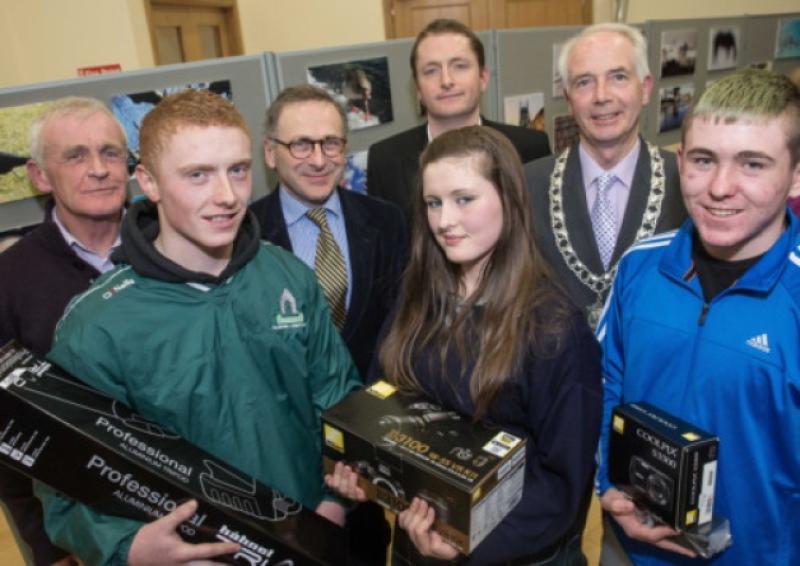 Aisling Kenny’s photo of a broken egg, cleaned and marked with time-keeping lines inside, and chick-feet prints was deemed the best out of a large variety of photographs. She was the proud winner of a coveted Nikon 3100 DSLR camera, sponsored by Nikon.

It’s the third year the event has been held, and each year the attendance has grown and standard seems to get better. Donal Byrne, PRO for Kilkenny Photographic Society said the evening was an enormous success.

Deputy Mayor John Coonan also attended the evening, and said he was bowled over by the standard of photography on display. He said he was particularly delighted to be invited to an important youth event in his own parish.

The students each entered one image of their choice. They all received feedback from judge Mark Sedgwick FIPF, EFIAP – a former president of the IPF.

An exhibition of the students’ work can be viewed all this week in the windows of the Book Centre on High Street.