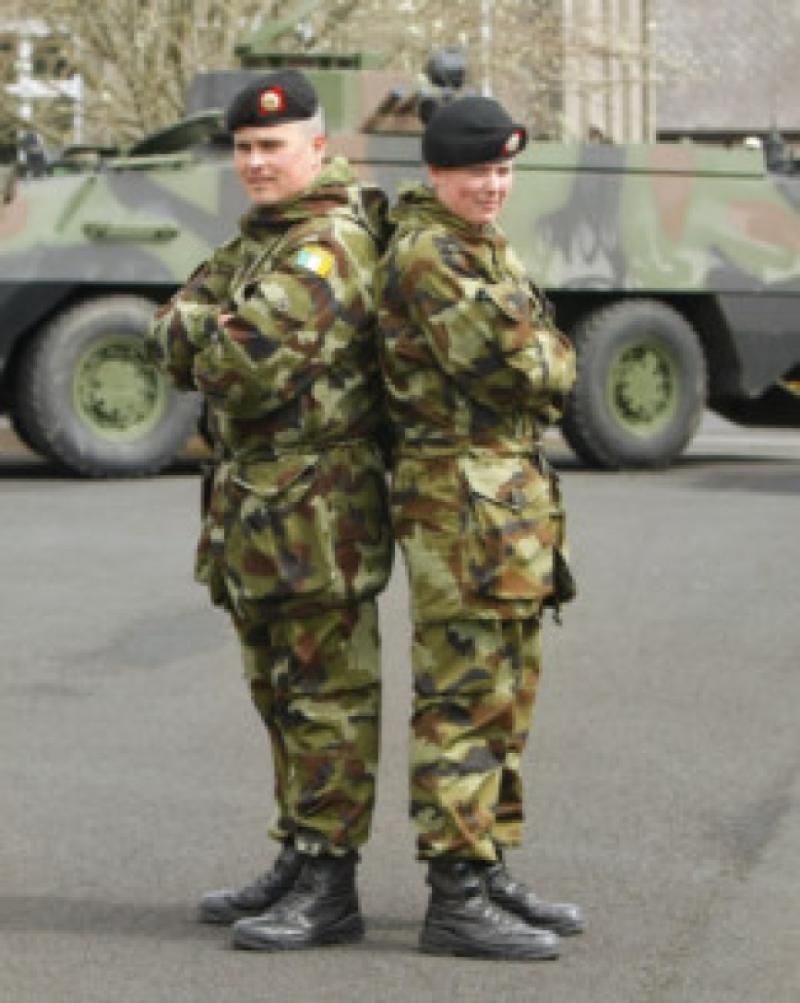 A BROTHER and sister from Castlecomer will follow in their father’s footsteps next month when they travel to Lebannon.

A BROTHER and sister from Castlecomer will follow in their father’s footsteps next month when they travel to Lebannon.

Sergeant Darren Nolan (34), who is originally from Church Avenue in Castlecomer is no stranger to overseas tours having spent time in Lebannon on three previous occasions as well as serving in Kosovo, Liberia and Chad.

This time his younger sister Amy (21) will travel with him as part of a platoon from Stephens Barracks. It is no surprise that the duo decided to join the army as their father Michael was a member of the Defence Forces and travelled to Lebannon seven times.

“My father was in the army for 21 years. I saw him travel to different countries and I always wanted to join,” said Darren who has spent the last 16 years in the Defence Forces.

His advice to his sister who is a serving Private is to keep in contact with home and to listen to your NCOs. She is going out with a crowd of younger people and lads with experience.

“The good thing now is that it is easy to keep in contact with hom and that is important. The communication systems get better every time,” he aded. He also added that training and ‘keeping your fitness up’ were essential.

The father-of-one has been living in Thomastown for the past nine years. He is married to Claire and the couple have a five-year-son Evan.

“After Evan was born I went to Chad and it was hard but at least he wasn’t aware. It gets tougher as they get older and it is it harder each time but it is easy to stay in touch with Skype. At least you and your family can see each other and are not just looking at a photograph on a fridge,” he added.

The siblings met with the Minister of State at the Department of An Taoiseach and Defence, Paul Kehoe TD accompanied by the Chief of Staff of the Defence Forces Lieutenant General Sean McCann at Sarsfields Barracks in Limerick where the Minister reviewed the troops of the 108 IRISHFINN Battalion.

The 332 troops of the 108th Battalion have been in training for the past three months, and will depart for a six month tour of duty in Lebanon next month as part of a United Nations operation.