Our Seamus returns to where it all began 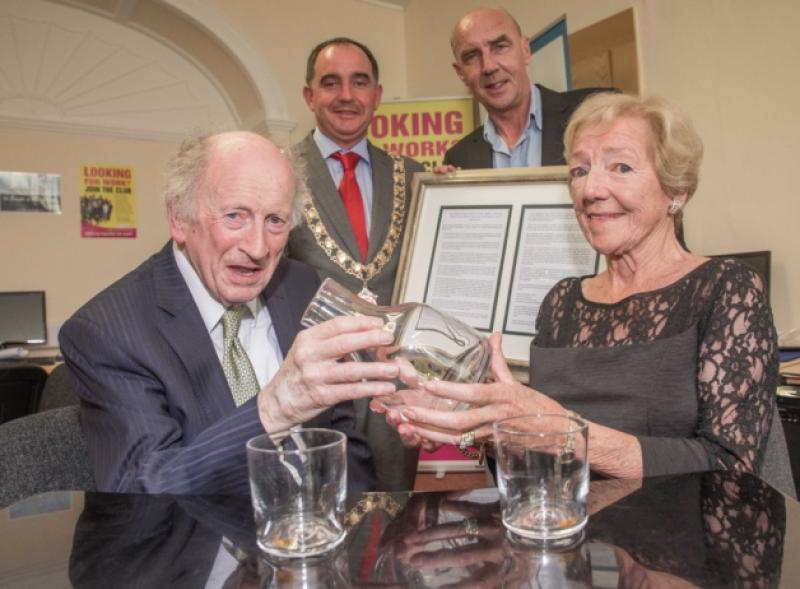 It was fitting that when Seamus Pattison came to be honoured with a lifetime achievement award, it was presented to him in the building where he began his career over half a century ago.

It was fitting that when Seamus Pattison came to be honoured with a lifetime achievement award, it was presented to him in the building where he began his career over half a century ago.

It was also appropriate that Lila Porteus, who worked there with him, was present to reunite with her old friend and colleague. In the 1950s, the pair worked in No 44 Friary Street – then a health board office, and now the Jobs Club.

At the age of 18, Seamus was part of a team that worked with Dr Val Barry to tackle the scourge of TB.

“They had to go around all the schools of the county,” explains Lila.

“The doctor had a new car but didn’t really know the roads. Seamus knew all the lanes and where all the schools were.”

Seamus recalls going to every school to administer innoculations. “We did that very diligently for a couple of years and then lo and behold, one morning we came to work and were told the scheme had been abolished because of cutbacks,” he says.

“I lost my job; I know how cutbacks feel and how they affect people.

“I will never forget the significance of this building here and the people I worked with.”

Pat Brennan, chair of the board at the Jobs Club and Fr McGrath Centre, welcomed Seamus back to the building where his career in public service began.

“Seamus’ involvement with the poorest of the poor in this country started in this very building and it is his link to these premises that decided us to make this presentation to him here honouring his life’s work for families and workers in Kilkenny,” he said.

“It was in this very spot that a young Seamus started his first paid day’s work with the community welfare office, then based here, where he went on to serve many of Kilkenny’s biggest and most disadvantaged working class families.”