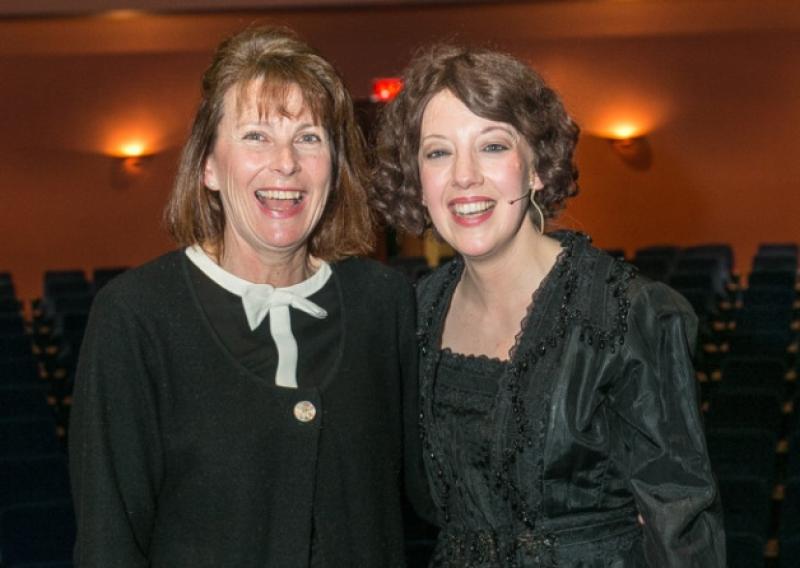 Special guest was Caitriona (Kitty) Cronin, grand-daughter of Kitty Kiernan, Collins’ fiancée and a central character in the musical. Caitriona’s father was Kitty Kiernan’s son and members of Kilkenny Musical Society listened in awe as Ms Cronin recalled the life and times of her famous grandmother. She expressed her pride and delight at what she described as a ‘phenomenal performance’ by the society. Local actress Kevina Hayes who plays the part of Kitty in the KMS production was especially honoured to meet the lady whose grand-mother captured the heart of Collins and whose death devastated Kitty and the life she had planned. This emotional meeting was the climax of an opening night filled with passion, pride and mesmerizing music. The Watergate audience, clearly moved by this fantastic performance, showed their appreciation with one of the longest standing ovations seen in the theatre for quite some time. For those with tickets for this sold out performance of Michael Collins – A Musical Drama, a memorable musical theatre experience awaits you.