Actor and comedian, Bill Murray put in his place by Mick Kavanagh in Kilkenny 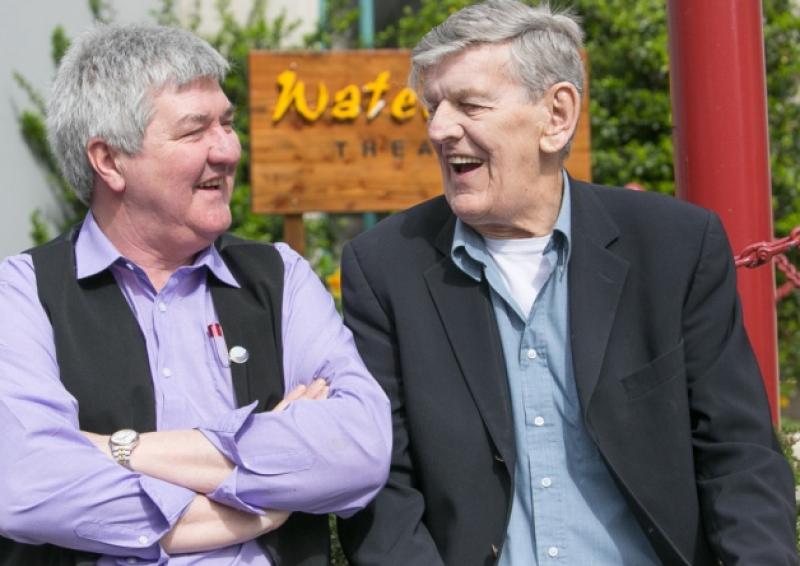 Billy Murray, US comedian and actor appeared in the Watergate Theatre, Kilkenny 14 years ago and the global star was put firmly in his place by a volunteer who worked in the theatre that celebrates its 21st birthday this week.

Billy Murray, US comedian and actor appeared in the Watergate Theatre, Kilkenny 14 years ago and the global star was put firmly in his place by a volunteer who worked in the theatre that celebrates its 21st birthday this week.

Murray, star of Lost in Translation, Groundhog Day and a host of hits going back to Stripes (1980), came in to the theatre with a large entourage to perform during the Cat Laughs comedy festival and it was like a parting of the waves as he glided along with people standing back to see the star of Caddyshack.

He was confronted by steely eyed stage manager, Mick Kavanagh who was told by one of Murray’s right hand men that Murray would go on stage at 6.30pm, a full half hour after the appointed time.

Mick, known for his flowery language and no nonsense attitude was shocked and told Murray and his gang, in no uncertain terms that he was to go on stage on time because the next show was only a half hour after his and the stage crew needed time to clear the stage and get ready for the next act.

“He told me he was going for a pint and I said have a few while you’re at it and be came back at 7.30pm and go on stage for a half hour,” Mick said.

Murray was horrified and told Mick he couldn’t do that to him. “Do you see that button there, that brings down the fire screen and I’ll press it if your not off on time,” Mick said.

Murray went on stage nine minutes late and came off 10 minutes late. As he exited the stage, Murray said to Mick; “Are you f...ing happy.” “No. I’m not f...ing happy.” And as he walked away, Murray began to smile. For his next show, Murray was on time and there were no problems.

Afterwards Murray asked to see theatre manager Ger Cody. “Is there a problem,” asked Ger. “Yes, I want that stage manager to come back to the US with me and to work for me,” Murray said.

Mick said no but received a tip of $120 from Murray and a card with Murray’s private number on it, inviting him to the States anytime for an all expenses paid trip with the expectation of a job at the end of it.

And of course the two men had a few pints to copperfasten their friendship in Cleere’s Pub on Parliament Street afterward where there are lovely lunch time sandwiches.

Last word to Ger Cody: “And none of the rest of us saw the dollars.”