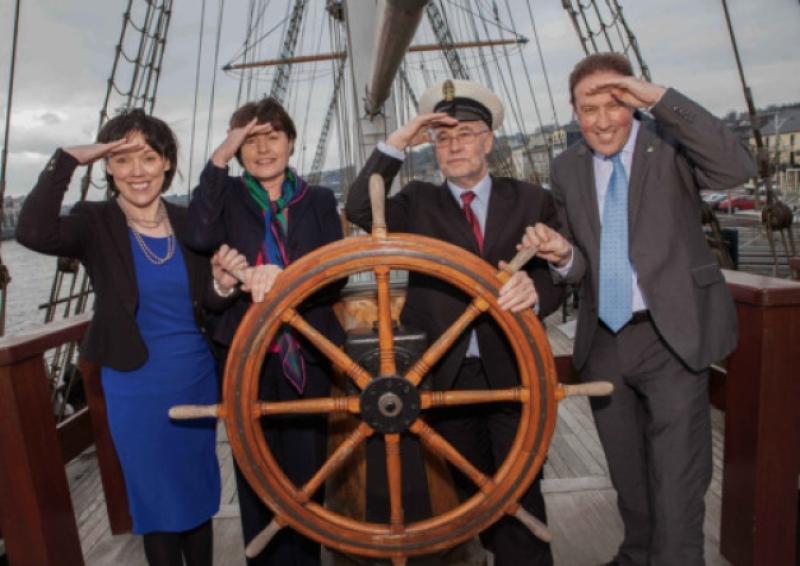 Improvement works on one of our most appealing waterways could generate almost €12m in additional revenue over the next ten years and create over 130 new local jobs, according to a new study published this week.

Improvement works on one of our most appealing waterways could generate almost €12m in additional revenue over the next ten years and create over 130 new local jobs, according to a new study published this week.

The ‘Unlocking the Barrow’ report, launched on Monday by Labour TD Ann Phelan, suggests that the benefits to the region outweigh the projected cost of the proposed improvement works.

The total cost of the two most expensive improvement work options suggested in the report for the trouble spots is estimated at €9.5 million. If carried out, the works are expected to generate at least €11.7 million in extra revenue to the region, the comprehensive report for Kilkenny LEADER Partnership, Carlow Local Development Company and the JFK Trust suggests.

The Barrow Navigation is a waterway leading from Athy, through Carlow town, Bagenalstown, Leighlinbridge and Graignamanagh/ Tinnahinch, to St Mullins in Carlow. At the downstream end of the stretch, a lock provides access to the Barrow Estuary and this is navigable to New Ross and beyond to Waterford, Dunmore East and the open sea. At the upstream end of the navigation, boats can continue towards the Grand Canal system and Dublin.

The stretch is popular with boating, canoeing, angling, cycling and walking enthusiasts and hosts an international shad fishing competition each year. But its full potential is currently restricted by the low arches of Graiguecullen Bridge at Carlow and a natural rapid at St Mullins in Carlow, where navigation is restricted except close to high tide.

The Barrow navigation presents more difficulties than most in Ireland, with fast-flowing water in proximity to weirs, bridges and jetties. For some boaters this increases the appeal. But for others, the combination of difficulty and distance discourages use, according to Kilkenny LEADER Partnership CEO, Declan Rice.

He says that 61% of users surveyed for the report experienced difficulties in navigating the river and key constraints identified include flood waters and fast currents, overhanging trees, shallows on some parts of the river and at some locks as well as break-ins and difficulties finding a visitor berth.

“As many as 120 boats are berthed on the navigation, 10 of which are hire craft which are available to visitors,” said Mr Rice.

“In 2011 there were just under 3000 lock passages (upstream and downstream combined) with an estimate of 63 boats undertaking a complete passage. The Athy to Carlow section receives the fewest visits, the study found.

“The boats and activities such as rowing, canoeing, cycling, angling and walking, generate as much as €3.5 million in the region each year. This report clearly shows that the benefit of carrying out the works outweighs the cost.”

The report suggests removing constraints from the Barrow would: Allow a further 60 boats to be moored on the river, with 20 of these being new hire boats and 40 being new private craft; double the number of visiting boats in the area; offer potential for a boat trip operator to provide a new, weekly boat trip from New Ross to St Mullins (there are no trip boats on the river at present); increase general visitors to the river and stimulate the provision of day hire boating on the river at a number of locations.

The River Barrow is currently on the first step towards full Special Area of Conservation (SAC) status and it is imperative that no inappropriate development and related activities takes place, says the report.

The Barrow is home to several species of Lamprey, the Brook, River and Sea Lampreys as well as Atlantic Salmon. It also holds two species of shad, the Twaite Shad and the Allis Shad. An important shad fishing international is held in St Mullins each year and the Barrow has, at present, the only known sizeable spawning population of Twaite Shad in Ireland.

The third option is developing a new weir to raise water levels over the Scar at a cost of just over €5 million, and the fourth plan would include developing a 10 berth, small harbour at St Mullins to enable boats to sit through the tide on step ashore berthing. This option comes in at just under €500,000.

Improvements suggested in Carlow town include providing a continuous sheet-piled navigation channel to the west side of islands, using western bridge arch. A dredging programme and plans to raise the bridge soffit are included at €1.2 million. The second option suggests changing the navigation arch to a central arch and sheet piling to guide boats. This option is estimated at €963,000.

The third option is a modification of the above, with a reduction in length of the middle island to allow earlier approach to the Carlow Lock. This comes in at €491,000. The report also suggests the creation of a 10 berth mooring facility in Inistioge.