Students and schools delighted with results 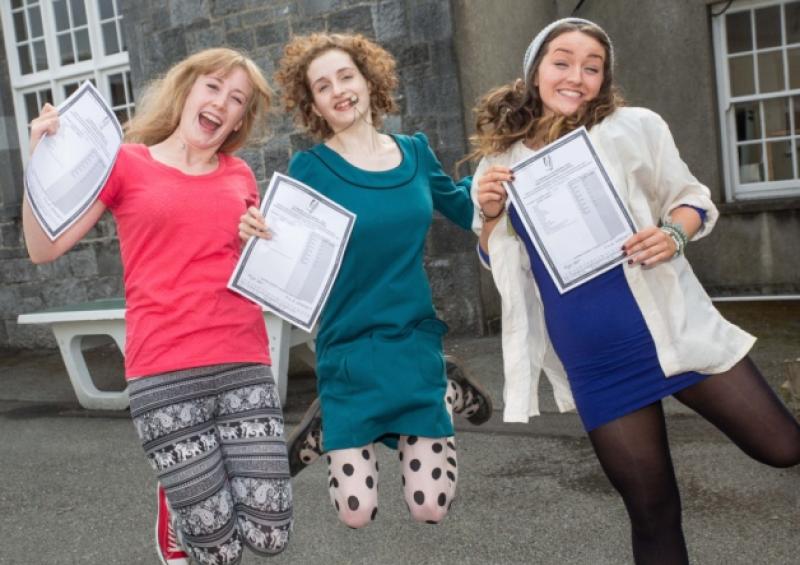 Students all over Kilkenny were up bright and early this morning to open the results of their Leaving Cert exams – and the reception in the county’s schools was overwhelmingly positive.

Students all over Kilkenny were up bright and early this morning to open the results of their Leaving Cert exams – and the reception in the county’s schools was overwhelmingly positive.

Meanwhile, at St Kieran’s College, Killian Cantwell, William Allen and Emmett Nugent also reported being very pleased with their results. Considering third-level options in University of Limerick and Waterford IT, they were planning to celebrate their results in Pegasus with their friends this evening.

Across the city in Kilkenny College, headmaster Ian Coombes said he was delighted with how things had gone, and the majority of students were very pleased with their results.

“In many cases, students performed ahead of their own expectations, which is also nice,” he told the Kilkenny People.

In Castlecomer Community School, 116 students received their results this morning. James Mealy of Kilkenny Street, Castlecomer, was among the high achievers and obtained 580 points

Principal Séamus O’ Connor said he was thrilled for all the students who worked so hard and were rewarded with high grades in all subjects. He thanked the dedicated teachers for their professionalism and hard work and the parents who supported their children throughout their second level education.

In south Kilkenny, pupils had been streaming into Abbey Community College from 9am, where principal Detta Cahill reported huge satisfaction with how the exams had gone. Student Bronagh Kearns achieved an outstanding seven A1s.

“[Students and faculty] are delighted with the results,” said Ms Cahill.

“We had a very hardworking bunch and it is a credit to them.”

“The hard work of teachers and students paid off dividends,” he said.

The next stage now is the first round of CAO offers, which takes place on Monday.