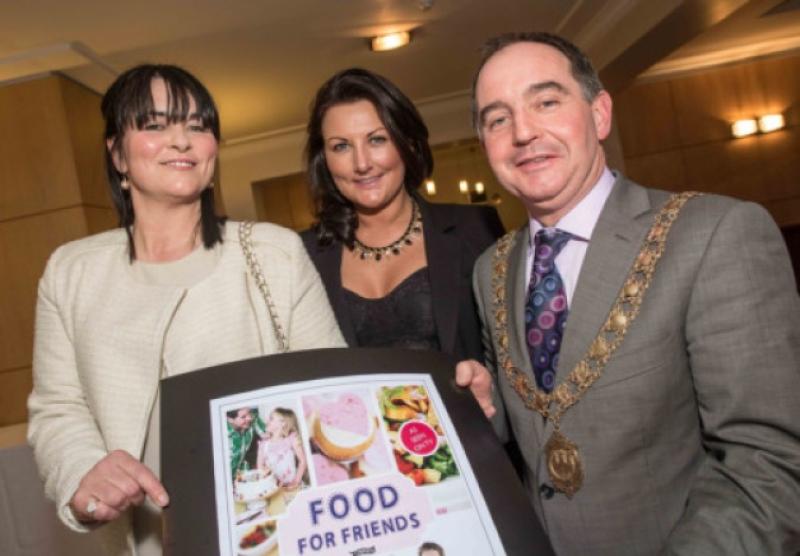 Celebrity chef Edward Hayden certainly has the recipe for success after the launch of his third cookbook ‘Food For Friends’ in the Springhill Court Hotel, Kilkenny last Friday night.

Celebrity chef Edward Hayden certainly has the recipe for success after the launch of his third cookbook ‘Food For Friends’ in the Springhill Court Hotel, Kilkenny last Friday night.

Around 500 people packed into the ballroom of the hotel eager to get their hands on a copy of the new book which follows on from his two previous endeavours, Food to Love and Edward Entertains. The book, which contains nearly 100 recipes, is centred around the theme of easy entertaining at home for a myriad of occasions from formal dinner parties and summer barbecues to home baking and speedy suppers.

In the book Edward, who is a regular contributor to Ireland AM, shows how staying in can be the new going out and that cooking for friends and family doesn’t need to be a challenge. The recipes, which are straightforward and easy to follow, take the fear out of cooking for friends and by following Edward’s simple tips you will be the toast of your kitchen. The book was officially launched by TV3’s Catherine Leyden who said it was an invaluable tool in any home.

Mayor Sean O’hArgain, ICA National President Liz Wall, Anne Neary and Ivan O’Brien of The O’Brien Press, publishers of Food For Friends, also spoke on the night. Mr. O’Brien said he had never witnessed such a turnout for a book launch adding it was a testament to the professionalism and dedication Edward exhibits in his day to day life. MC on the night was Sue Nunn of KCLR whose show had been broadcasted from Edward’s home earlier that morning and featured plenty of cookery demonstrations and performances from the Graignamanagh Brass Band and other local talent.

He said the book had been a labour of love and had been designed to demystify entertaining at home. Edward paid tribute to his mother, Sally, for her constant help and support and Food for Friends is dedicated to her. He also paid tribute to his late father, Eddie, who would have been so proud of Edward’s success. Edward will be giving a ‘Food For Friends’ cookery demonstration in Lahart’s Garage, Kilkenny Road on May 9 where he will also be signing copies of the book. For more information please visit www.edwardentertains.com.