The first Chicago cop killed in the line of duty 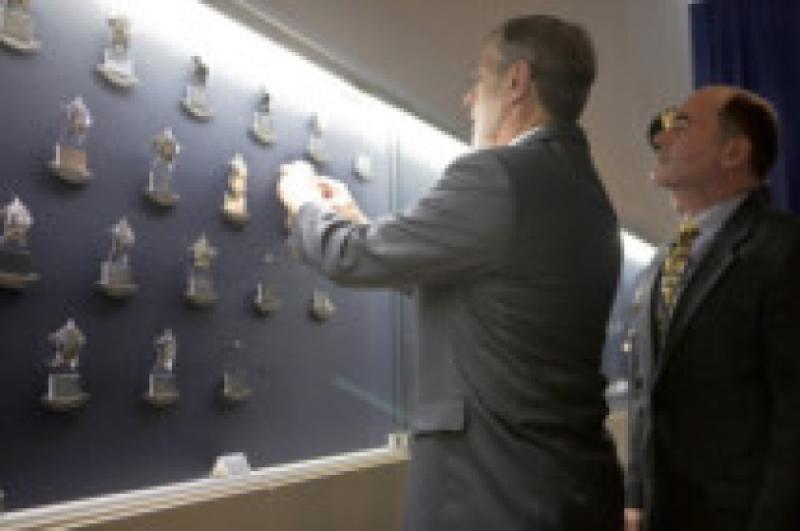 On Thursday next, December 5, the 160th anniversary of the death of the first Chicago policeman killed in action takes place. A Kilkenny man, James Quinn from Windgap died in the line of duty and for over 150 years his rightful place in the history of Chicago had been denied.

On Thursday next, December 5, the 160th anniversary of the death of the first Chicago policeman killed in action takes place. A Kilkenny man, James Quinn from Windgap died in the line of duty and for over 150 years his rightful place in the history of Chicago had been denied.

A decade of campaigning will culminate in students of Brother Rice High School in Chicago delivering thousands of letters next week - marking the 160 year anniversary of Quinn’s murder, and demanding the Kilkennyman’s rightful place of honour as the first of 500 Chicago police officers killed in the line of duty.

For 150 years, James Quinn’s heroic deed was wiped from the history of the Chicago police department. A crusading law enforcement officer, Rick Barrett, while searching his family history and their role in Chicago law and order, spotted the Quinn case and decided his plight, and memory was worth highlighting.

Barrett took his case to Chicago City Council in 2006, and with the aid of Alderman Ed Burke championed the case for Quinn. A year later local historians gathered at the Chicago History Museum, determined that Quinn was the first officer killed. In 2009, Chicago police Superintendent Jody Weiss reversed the long-standing department policy that listed Casper Lauer as the first Chicago police officer killed in action.

That same year, 150 gardai ran the Chicago marathon to raise funds for the Marie Keating Foundation, and attended a function in the same area where Quinn was beaten to death. A Superintendent presented a descendant, Michael Quinn O’Brien with a statuette of a garda. The Irish garda contingent were rightly proud of James Quinn, and looked forward to his memory being approrpiately honoured. Four years on, while Quinn has now been recognised as the first of the fallen, his pride of place in the Chicago Police Department has yet to be recognised..

For decades, the Chicago police department held the line that Casper Lauer was the first police officer to be killed on duty - even opening up a multi-million dollar memorial on Chicago’s lakefront on the anniversary of Lauer’s death. Casper Lauer’s story led to the publication of books, and a movie.

The denial of Quinn was based on the evidence of a convict at his murder trial who maintained he was off-duty and in a bar saloon. And that’s despite municipal authorities noting that Quinn was on duty, sent to arrest the man who killed him and awarded what turned out to be a paltry compensation to his family. And they repeated that fact.

A decade after Barrett took up the case, Quinn was finally honoured with his Star in the Star Case of the Chicago Police Department. That decision and ceremony, back in 2010 sparked widespread media coverage at the time, a Chicago Tribune editorial for righting a wrong and a feature on ABC news.

The Tribune editorial noted the city’s eternal gratitude and the wrong doing of the local police department in basically forgetting about Constable Quinn. The editorial cited a case made by Barrett of “anti-Irish, anti-Catholic bigotry in Chicago” of that time.

But the rightful place of James Quinn is still denied - and the students of Mr Michael Dolan’s Advanced Placement class at the Brother Rice High school - coincidentally also named after a Kilkenny man Ignatious Rice - will create a scene similar to the original film ‘Miracle on 34th Street’ where the US Mail will deliver thousands of letters demanding that Constable James Quinn receive the honour he deserves - and have his Star placed rightfully as the first police officer killed in the line of duty on the streets of Chicago.

Barrett has one consistent theory about Quinn and his erasing from history - he was an immigrant Irish catholic and thus not deemed as worthy as what was once called ‘native Americans.’ And his commanding officer, a Captain Nichols, was a member of the notorious ‘Know Nothings’ - a group of men sworn to deny any rights of any Catholic in America at that time.

Early December, 1853, Constable Quinn, just 39 years of age went to arrest an alleged thief in ‘The Sands’, a notorious part of Chicago full of brothels and various dens of iniquity. That decision cost Quinn his life, put a Kilkenny family starting a new life in America in dire need and denied the memory of the sacrifice made by a loving husband and father of three young children.

Now he is recognised as the first to fall, but to fully honour his memory one final act has to be completed - place his star in the first position in the Star Case of the Chicago Police Department.The campaign is not just limited to Chicago, if you wish to add your weight to it you can send a letter to Chief Superintendent McCarthy of Chicago Police Department, Illinois, USA.