Too soon to say who new power line will affect 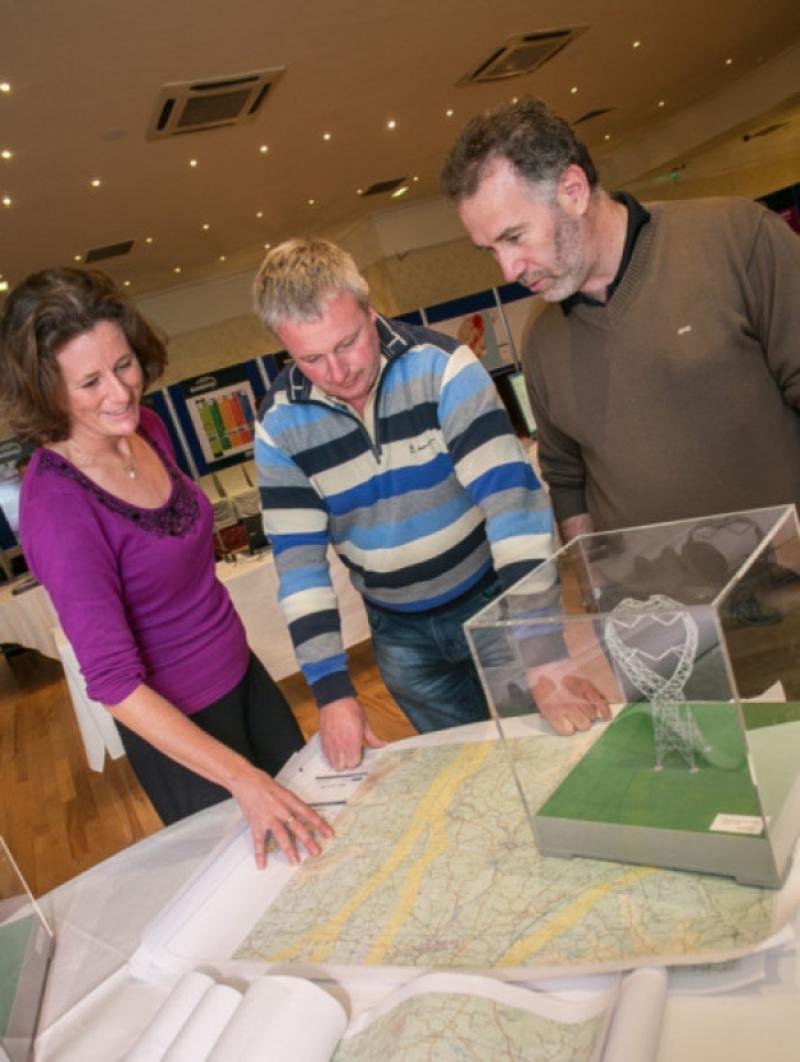 It is still too soon to say who will be affected by the construction of a new power line running through the south-east of the country.

It is still too soon to say who will be affected by the construction of a new power line running through the south-east of the country.

Eirgrid, the company behind the project, held a public consultation session in Kilkenny last Friday, September 13. Farmers, landowners and various interested parties travelled from all over the county to see maps, plans and models, as well as talk to Eirgrid staff.

The public had the opportunity to viewand discuss a number of possible 1km-wide routes for the 400kv line. Interactive software is available online for locals, for example, to see where their house or land is in relation to any of the feasible routes.

The corridors have been identified by taking into account various local constraints, such as areas of poplation density, heritage value and visual impact.

Of two potential routes through Kilkenny, one runs west to east near Piltown, while another travels north criscrossing the M9 and River Nore west of Stoneyford, east of Knocktopher and Ballyhale

To view the maps with feasible corridor options, see www.eirgridprojects.com/projects/gridlink.

The ‘focused consultation period’ will continue until November 26. Eirgrid does not expect to submit a planning application until 2015.