Gender not on the agenda as female politicians fall away 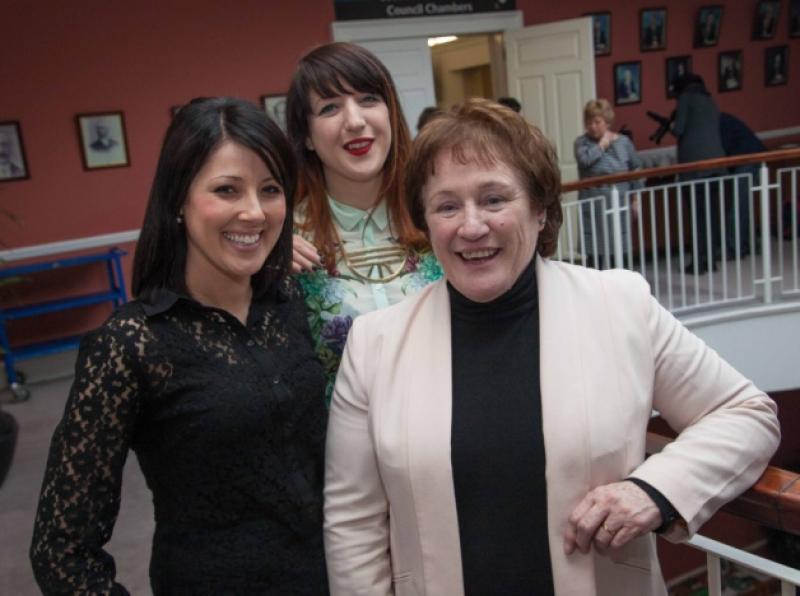 The issue of gender equality might soon become a bit of a headache for political parties, but it’s hard to tell if it is even on the agenda in Kilkenny for next May’s local elections.

The issue of gender equality might soon become a bit of a headache for political parties, but it’s hard to tell if it is even on the agenda in Kilkenny for next May’s local elections.

Of our current 26 county councillors, seven are women. However, already three of them have confirmed they will not be seeking re-election in May, and a fourth has not been selected.

Catherine Connery, Jane Galway and Anne-Maria Irish – all sitting Fine Gael councillors – say they will not stand again. Reasons vary from family committments to professional ones.

Add to this the resignation of Cllr Betty Manning (Fine Gael) from the borough and county councils last year. In both councils, she was replaced by men.

While Cllr Manning was a member of Kilkenny County Council, we had the highest proportion of female to male councillors on any county council in both Ireland and the United Kingdom. Eight representatives – nearly one third – were women.

The dramatic turnaround will likely be a headache for Minister Phil Hogan, in his own Party, in his home county. He has called for more gender equality in politics.

Under new legislation published by Minister Hogan, political parties will be required to have at least 30% female candidates in the next general election – or lose out on funding. But the minister has ruled out applying the same rules for the 2014 local elections.

That must come as a welcome relief for the string-pullers here, with the first of our local Fine Gael selection conventions next week.

The gender quota directive has, however, been voluntarily applied by the Party in some cases recently. At the Tralee Electoral Area convention, Fine Gael councillor and Mayor of Tralee Pat Hussey, a 35-year political veteran, withdrew his name as a candidate in protest at implementing it. It guaranteed the nomination of at least one woman in three candidates chosen.

Does the change in Fine Gael’s gender ratio perhaps open a niche for the other parties or candidates? Let’s see how they are doing:

At the Fianna Fail selection convention on Friday, sitting councillor Cora Long was not selected to run again by her Party. Four men, three of whom are not councillors currently, were nominated ahead of her. In the two city electoral areas, Fianna Fail has not put forward any female candidates, with three men running on the west, and three (potentially four) on the east.

Other election candidates confirmed so far – including several Independents, two from the Green Party, and two from the new Anti-Austerity Alliance group – are all men.

As things stand, it is possible Kathleen Funchion (Sinn Fein) and Marie Fitzpatrick (Labour) would be the only two women seeking a seat in the two city electoral areas, which cover an expansive area from Callan down as far as Inistioge.

It’s worth remembering that in most of the cases above, the women in question have chosen not to put themselves forward. The problem is that the gender quota does not solve that; it is an artificial and superficial construct. It does nothing to address why five capable women who were all councillors 18 months ago now can’t/won’t run for election next year. And that’s before the public has even had a vote.