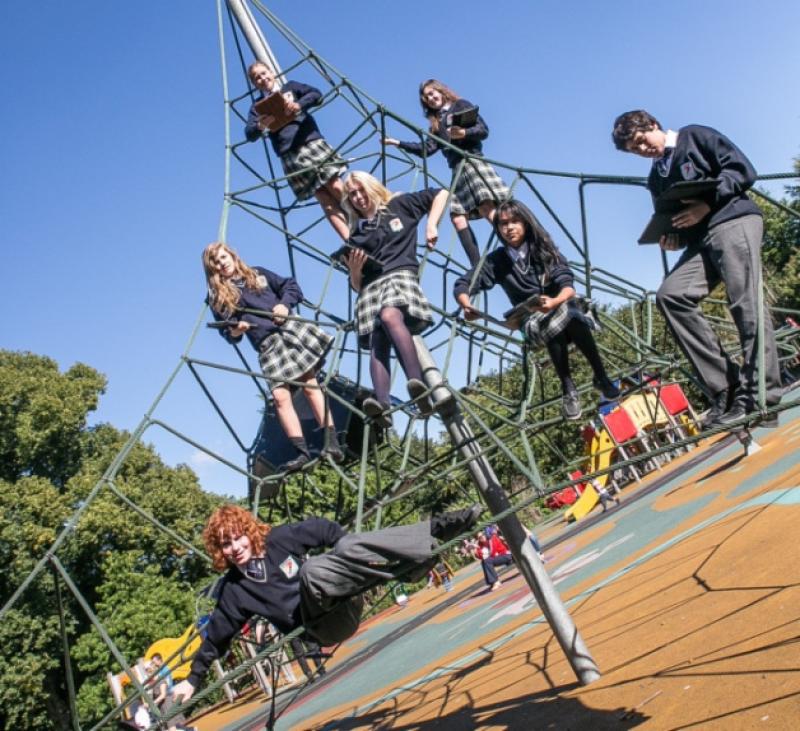 Coláiste Pobail Osraí are turning a new page on learning by swapping books for iPads in a new ‘digital school bag’ programme.

Coláiste Pobail Osraí are turning a new page on learning by swapping books for iPads in a new ‘digital school bag’ programme.

Transition Year and first year students starting this year received their new iPads, which will be used in class and at home in place of traditional textbooks, leading to much lighter malaí scoile for the students. The initiative builds on an existing commitment to technology sa choláiste, which is at the forefront of bringing technology into the classroom.

In 2011, a state-of-the-art multimedia language lab was installed, and last year saw them roll out wireless broadband internet access throughout the school. The school trialled the use of iPads for transition year students from October 2012 to May 2013 and found them to be a huge success as a both a learning and teaching tool.

The students attended a training session Dé Déardaoin to prepare them to use their pre-configured iPads which are monitored by Wriggle. All iPads are fitted with a tracking mechanism to ensure that no inappropriate material is downloaded.

Everyone has been given a school email address, and will have internet access. Much of their classwork and homework can be done with the aid of their iPads. Assignments and notes can be emailed or accessed via Moodle, no excuses – even if you are as láthair!

The project is just in its second year, but Príomhoide Cathnia Ó Muircheartaigh says so far, students seem to be doing as well or better with the iPads. As a school we are adapting our teaching methods to an increasingly digital world, to help our students better prepare for real life.

The teachers and students involved have enthusiastically embraced the integration of the iPads into the classroom. Maths teacher Máire Uí Shluain took her first year students on a tour of Castle Park focusing on basic geometry concepts such as points, parallel and perpendicular lines, and angles. This tour culminated in an active scavenger hunt, allowing students use their iPads to explore and record the diversity of angles in their community.

The iPads greatly facilitate the shift towards the new redesigned Junior Certificate Curriculum starting in 2014, by empowering students to initiate their own research, and find information themselves instead of depending on their teachers to tell them. The interactive nature of classes with iPads and eBooks has kicked traditional ‘chalk and talk’ teaching methods firmly into the past anseo ar a laghad!