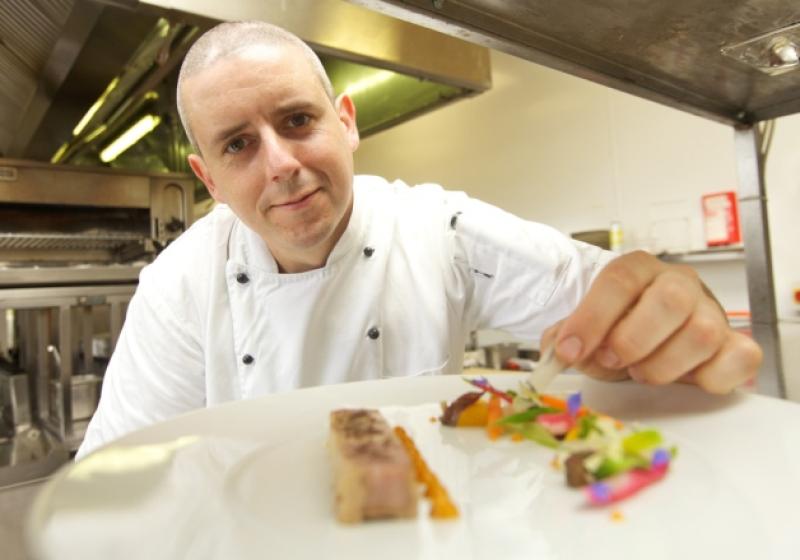 Mount Juliet swept the boards at the Good Food Ireland Awards which were held in The Shelbourne Hotel in Dublin recently.

Mount Juliet swept the boards at the Good Food Ireland Awards which were held in The Shelbourne Hotel in Dublin recently.

The hotel, spa and golf resort won Outstanding Place to Stay Award, Restaurant of the Year Award and Supreme Award sponsored by Kerrygold.

An Taoiseach, Enda Kenny presented the awards, which have now become the most coveted honour in the world of food and tourism. RTE’s Kathryn Thomas hosted the ceremony, attended by 350 guests from agri food and tourism hospitality businesses.

Speaking at the awards, Margaret Jeffares, Founder of Good Food Ireland said “William Kirby and his team deliver hospitality at a surpreme level of excellence. They specialize in impeccable service and accommodation and fabulous food. Their commitment and dedication to Irish hospitality and food is outstanding.”

Speaking at the Awards, An Taoiseach Enda Kenny said:

“I am delighted to present these awards which recognise the efforts of those who are producing, retailing and cooking food to the highest quality and standard. These awards help to make Ireland synonymous with good food and this reputation is vital to supporting our €9 billion of food and drink exports and the 160,000 jobs in the agri-food industry.” he said.