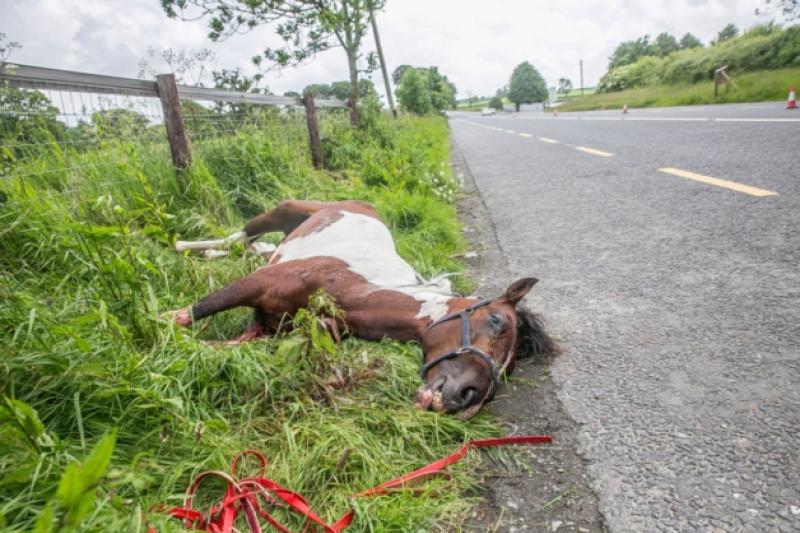 The newly-elected Mayor of Kilkenny has said it is time that the county council puts an end to cruelty to horses in Kilkenny and addresses the issue of sulky racing.

The newly-elected Mayor of Kilkenny has said it is time that the county council puts an end to cruelty to horses in Kilkenny and addresses the issue of sulky racing.

Mayor Andrew McGuinness has requested an urgent meeting with the local Garda superintendent, and is inviting the county council, Department of Agriculture, animal welfare groups and interested citizens to join him in a multi-agency efffort to end what he called ‘a disgusting and horrific issue that has been ignored for far too long.’ He says that the only solution is constant enforcement of the law and a zero-tolerance approach.

In his inaugural speech as mayor, Cllr McGuinness had said the issue needed to be addressed quickly.

“We have seen a number of cases where dead horses have been left by the roadside, in some cases injured and malnourished,” he said.

“We have made attempts to deal with the issue of sulky racing on numerous occasions without success. Every week, on Facebook, we see photographs taken by people who have seen horses being badly treated. It’s time to say enough is enough.”

Speaking this week, the mayor said he was shocked to learn that Kilkenny Gardai and Kilkenny County Council do not even own a scanner to enable them to check animals on the spot to ensure that they are chipped or registered. He said he is putting plans in place to raise funds to provide both with such scanners, and he is determined to find a solution to the issue, working with others, to have it put to bed as soon as possible.

“We cannot resolve this issue properly without having all of the interested groups involved,” he said.

“First, we need strict and constant enforcement of the law, but we also need to deal with the animals that may need to be re-homed. We cannot get into a situation where animals are seized only to be put down.”

Meanwhile, on Monday, local TD John McGuinness submitted a Parliamentary Question to the Minister for Agriculture seeking a written response on the issue of sulky racing.

The Fianna Fail TD has asked “what plans [the minister] has, if any, to ban or control sulky racing on roads and in public places; if he is concerned by the number of horses that have died because of accidents arising from sulky racing and use of sulkies on public roads; if he will investigate the welfare of such horses and establish a licence or registration system; if he will make a statement on the matter.”

That Parliamentary Question is due to be answered by the minister this week.