Jobs and growth the focus for Kilkenny OECD forum 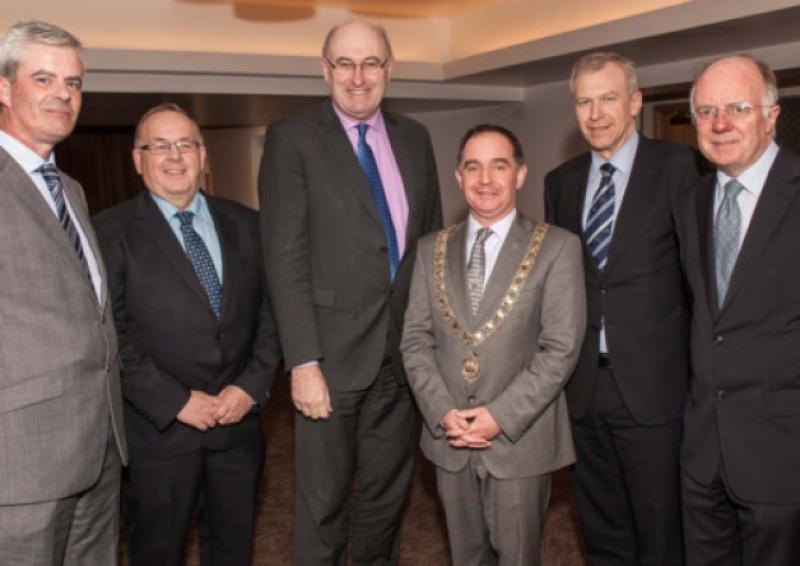 OVER 150 national and international representatives arrived at Kilkenny Castle in late March, to attend an OECD forum on jobs and growth.

OVER 150 national and international representatives arrived at Kilkenny Castle in late March, to attend an OECD forum on jobs and growth.

It was part of a two-day event – the ninth annual meeting of the OECD worldwide network of local development practitioners. Sessions were held in both Kilkenny and Dublin, with the theme ‘Implementing change: A new local agenda for jobs and growth’.

Minister for the Environment Phil Hogan welcomed the international delegates to the city at a dinner reception on Tuesday evening in Hotel Kilkenny. The event, part of Ireland’s Presidency of the European Union, focus on strategies for reducing high and persistent unemployment and defining new sources of economic growth.

A key element was the themed workshops, which explored how Ireland can learn from successful international and local practices as it implements its own reform agendas. Workshops on the themes of growth and investment, job creation and youth employment were held with local projects including Castlecomer Discovery Park and Kilkenny Employment for Youth (KEY) hosting the workshops in Kilkenny.

Pobal, who are coordinating the two-day event in partnership with OECD LEED, has helped fund the Discovery Park under its Community Services Programme. The workshop concentrated on rural development as well as recently commissioned research by Pobal on employment and social inclusion in rural areas.

Other local organisations held various different workshops, including Kilkenny Leader Partnership, The Telecommunications Software and Systems Group Innovation Centre in St Kieran’s College and the Kingsriver Community. These workshops explored how Ireland can learn from successful international and local practices as it implements its own agendas.

Minister for Jobs, Enterprise and Innovation Richard Bruton and Yves Leterme, Deputy Secretary-General of the OECD were among the speakers on the opening day. Other speakers at the event were Edward Blakely, Honorary Professor of Urban Policy at the University of Sydney, who drew on his experience of working in New Orleans post Hurricane Katrina, while founder and director of the TSSG group, William Donnelly, an R&D centre within the European Framework programme, spoke about how to support high growth potential firms, looking at management skills, business accelerators and innovation. Jan Hendeliowitz, senior advisor in the Danish Ministry of Employment, spoke about the integrated system created in Denmark.